The 30-minute session was brought to an early end when Arjun Maini stopped his Jenzer Motorsport run car on the pit straight, which confirmed Aitken's pole, as Nirei Fukuzumi completed the top three.

The ART drivers dominated the top of the time sheets after the initial laps had been completed and as the session approached half distance, all four were covered by just under 0.2 seconds, with Anthoine Hubert leading the way.

But in the final five minutes Aitken lit up the timing screens in the first two sectors to put in a best lap of 1m31.754s.

Russell and Fukuzumi would end up with the fastest times in the second and third sectors, but they wound up 0.182s and 0.255s adrift respectively.

Dorian Boccolacci finished fourth to prevent an ART one-two-three-four, with Hubert ending up in fifth position for the first race of the weekend at the Hungaroring.

DAMS' Tatiana Calderon rounded out the top 10, setting her final lap shortly after appearing to be blocked by her new team-mate Matthieu Vaxiviere - making a one-off appearance for the French squad after Santino Ferrucci switched to Formula 2 squad Trident - going through the 90-degree right of Turn 12. 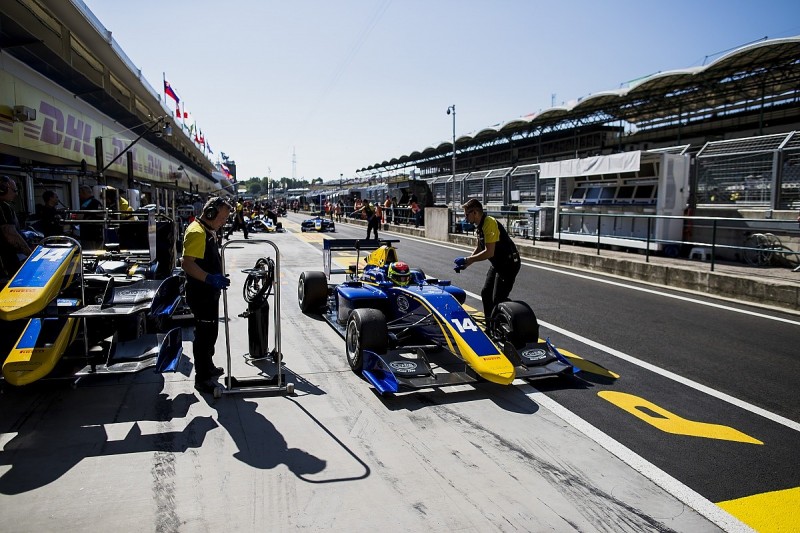 Maini, who had pulled over onto the grass at the exit of the tight Turn 1 bend before getting going again shortly before finally stopping on the main straight, ended up in 13th place.

His stricken car brought out the red flags with just under two minutes remaining on the clock and the session was not restarted.

Vaxiviere, the 2015 Formula Renault 3.5 runner-up, brought up the rear of the field.