The Monegasque rookie set a 1m33.164s to take a first feature pole of the series, less than one-tenth ahead of championship leader Hauger.

He has previously started on the front row in a reverse-grid sprint race at Paul Ricard, which he went on to win, but never for the feature race.

Jack Doohan and his team-mates David Schumacher and Clement Novalak completed a Trident 3-4-5.

The three Tridents led by Doohan were first out on track for the 30-minute session, as track temperatures soared at the Hungaroring, hitting 64C by the start of qualifying.

Doohan set an early fast lap of 1m33.830, the first driver to break into the 1m33s after just five minutes of qualifying, quickly followed by Hauger with a 1m33.995s.

As the times tumbled, Lorenzo Colombo briefly went fastest for Campos Racing, with a 1m33.805s, continuing the quick pace he showed in this morning’s practice session despite having never finished in the top 10.

Leclerc took pole on his second run before decreasing track temperatures made it impossible for anyone to beat his time, despite a last-dash effort from Hauger which he started seconds before the chequered flag. 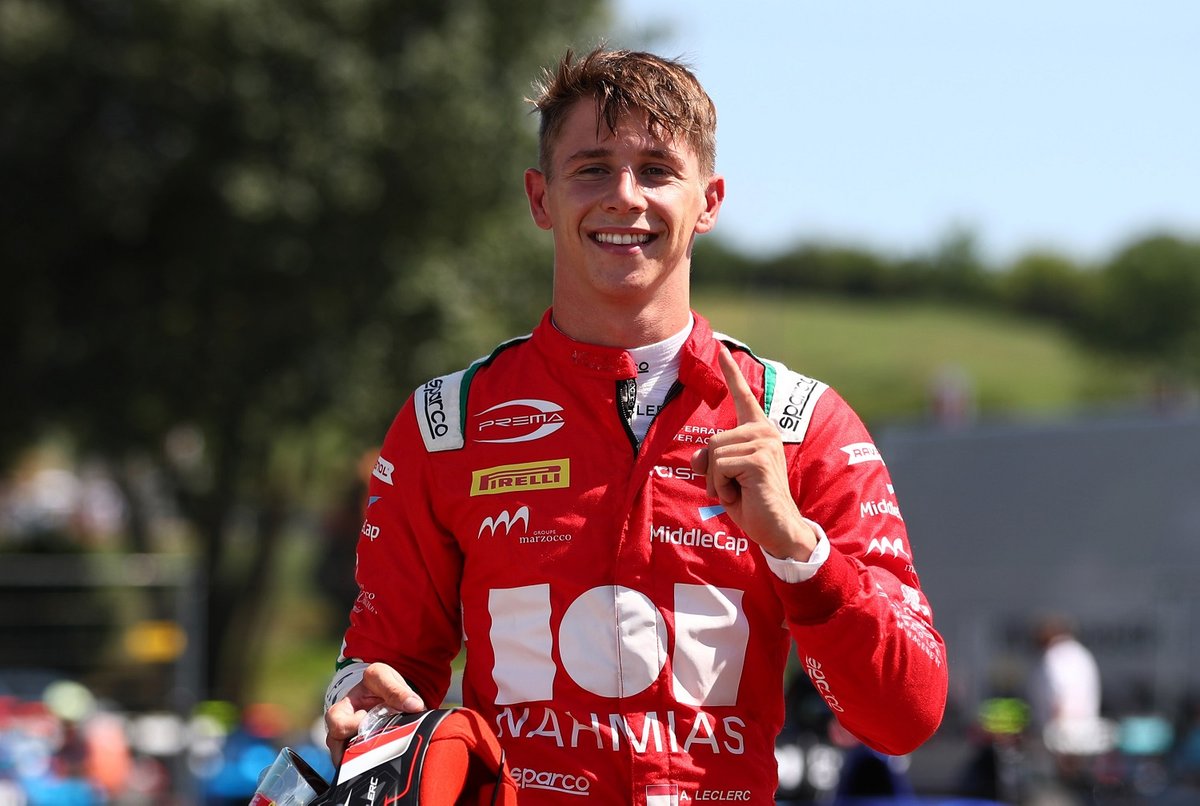 Doohan had also looked in contention to take pole, but was thwarted on his last attempt by heavy traffic in the middle sector.

The top 12 is reversed for tomorrow’s sprint race, with Jonny Edgar (Carlin) on pole, Colombo in second and Ayuma Iwasa of Hitech Grand Prix in third.

Olli Caldwell of Prema will start in fourth, with Logan Sargeant behind him in fifth for Charouz Racing System.

Leclerc will serve a three-place grid drop after he was involved in a collision with Novalak at the Red Bull Ring, meaning he will line up in P15.

Officials have handed Vesti a three-place grid drop for driving unnecessarily slowly between Turns 12 and 14.

As a result, the Dane will now start Saturday's first reverse grid race from ninth instead of sixth.