Lorenzo Colombo took his first FIA Formula 3 victory at the Hungaroring from second on the grid after polesitter Jonny Edgar’s race was scuppered by a mechanical failure.

The Campos Racing driver took the lead on lap eight just as Edgar suffered a race-ending mechanical issue exiting Turn 1, tumbling down the timing order and prompting a yellow flag in sector one.

Edgar initially kept the lead for Carlin on the opening lap, despite a lock-up at Turn 1 before almost forcing Colombo off the road at Turn 2.

Colombo was applying pressure to Edgar as early as lap five in the 22-lap contest but failed to make the pass, while Caldwell looked up the inside of Iwasa but chose not to make the move.

Colombo pulled out a 1.2 second lead by lap nine after taking the lead, with Caldwell 0.8s behind Iwasa in second, while championship leader Hauger continued his impressive progress as he moved past David Schumacher on lap 14, breezing around the outside of T1 to move into seventh – up four places from his starting position. 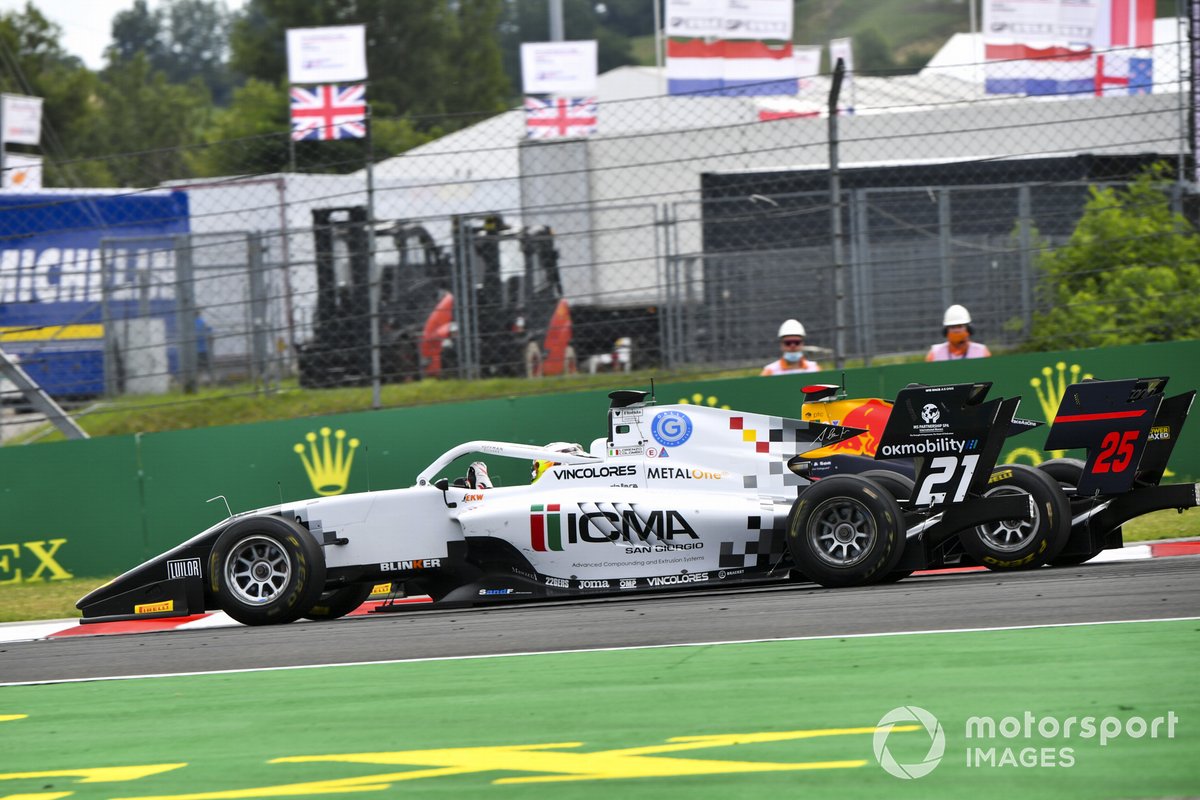 Vesti soon retired with a mechanical issue on lap 16, stopping on the run-off area at T1 which prompted a safety car.

The safety car came in at the end of lap 18, with Colombo retaining control of the pack, while Hauger passed Alexander Smolyar (ART Grand Prix) for sixth and Trident’s Schumacher fell to ninth, while on the final lap Ido Cohen came to a halt in his Carlin car after contact.

Enzo Fittipaldi will start on pole for Charouz Racing System in this afternoon's sprint race after finishing 12th, with Roman Stanek starting in second for Hitech Grand Prix and Nannini in third. Doohan will start fourth for Trident, with his team-mate Schumacher in fifth.