The 19-year-old Japanese has joined Prema for a two-day test at Spa this week on Monday and Tuesday, alongside the team's German and Italian Formula 4 runner-up Mick Schumacher.

Makino was runner-up in last year's Japanese F4 Championship, and also won both the West and East series in the separate JAF F4 category.

He picked up Honda backing for 2016 and finished fifth in the Japanese F3 Championship with Toda Racing, with which he will contest this month's Macau Grand Prix.

He also starred recently on his debut in the GT500 class of Super GT at Buriram, almost winning in the Drago Corse Honda NSX in place of Oliver Turvey, who was absent competing in the Formula E round in Hong Kong. 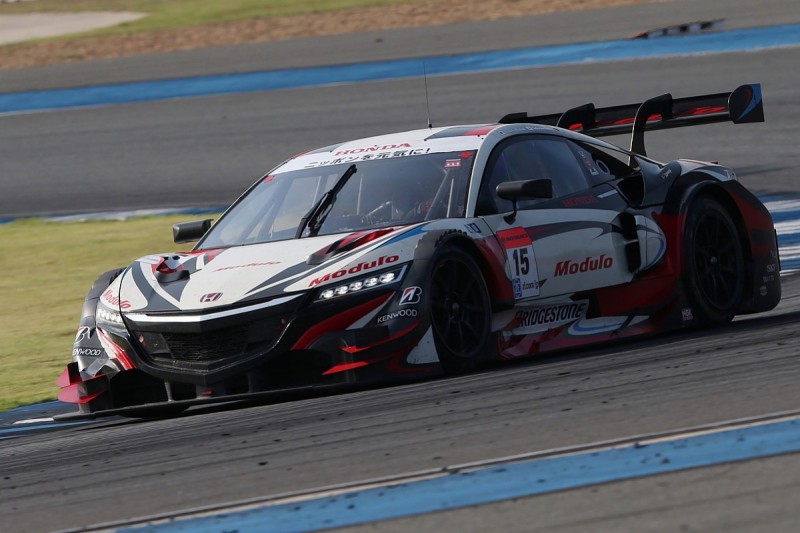 It is understood that Prema was contacted on behalf of Makino by former IndyCar racer Kosuke Matsuura, who was runner-up with the team in the 2002 German F3 Championship.

The weather for the Spa test on Monday was poor, with snow in the morning giving way to damp conditions and the temperatures hardly rising above freezing.

"It was difficult conditions but he didn't make any mistakes - we will see more on Tuesday."

But any deal for Makino could depend on whether the FIA relaxes the rule introduced for 2016, stipulating that teams are limited to a maximum of four cars.

Although there is no comment from Prema, F3 insiders believe that Schumacher and Ferrari Driver Academy prospect Guan Yu Zhou are likely to be with the team.

Prema's 2016 F3 rookie ace Ralf Aron is in contention, while the team is expected to also seek to field an established multiple race winner, with this year's runner-up Maximilian Gunther a possibility.

Hitech GP is running George Russell and his Macau Grand Prix team-mate Daniel Juncadella, while Van Amersfoort Racing is out with Harrison Newey and Kami Laliberte.