The Australian, who started in fourth, passed championship leader Hauger on lap 14 to take the win, finishing 1.5s in front to follow up his maiden podium in the Barcelona feature race last time out.

There was less than a second between the pair in the charge to the finish, but Red Bull Junior Doohan - the son of legendary motorcycle racer Mick - emerged victorious.

MP Motorsport’s Caio Collet finished third to take his second podium of the year, beating team-mate and fellow Alpine Academy driver Victor Martins to third, despite the latter having started there.

Hauger took the lead off the line from Vesti amid a lot of spray, with rain having fallen on Sunday morning, while Novalak held third.

A Virtual Safety Car was called on the third lap after Prema Racing’s Olli Caldwell went off the track and retired. 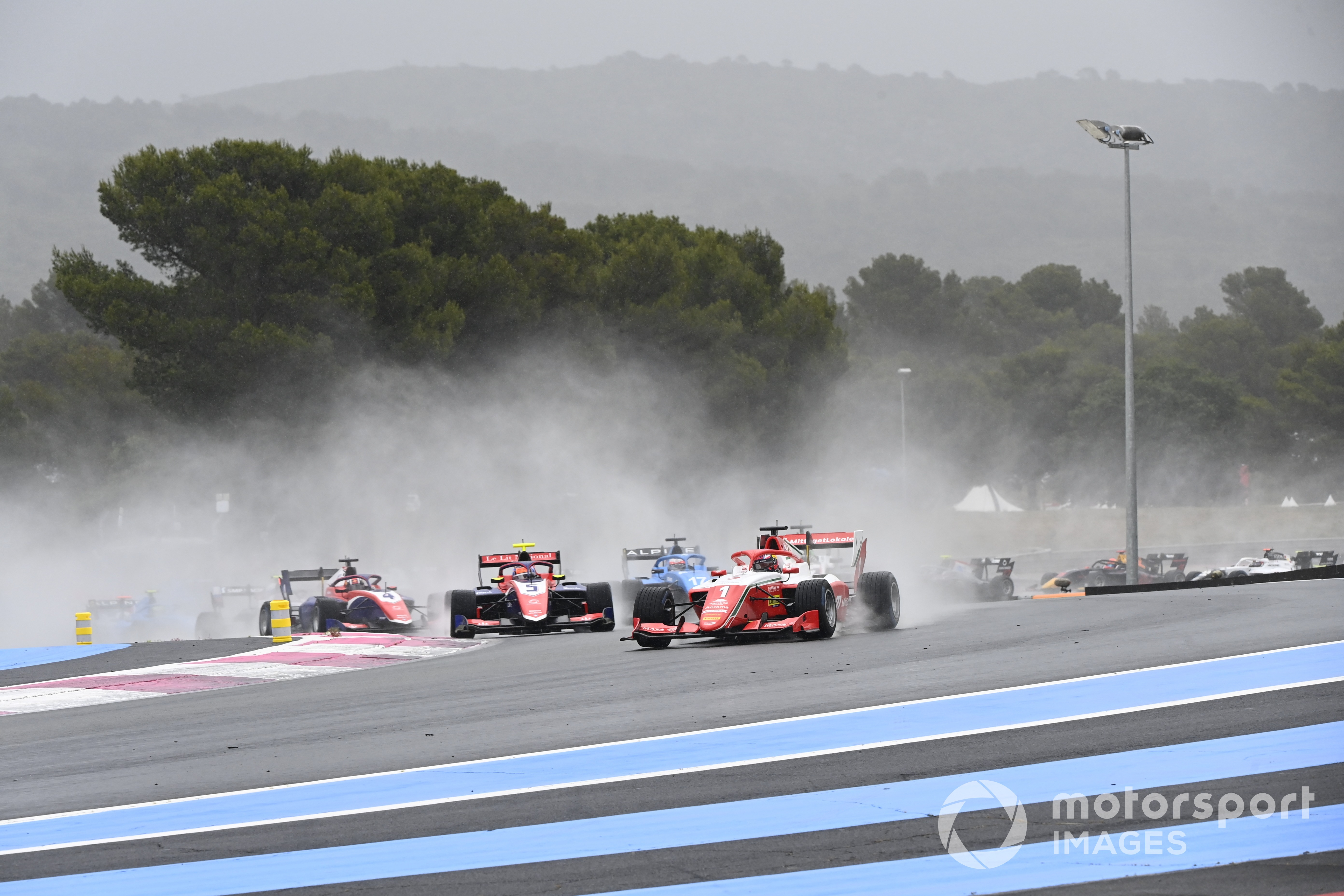 By lap 6, Vesti and Novalak were tussling for second, but the former soon dropped behind MP Motorsport’s Victor Martins and Doohan to fifth.

The following lap, Doohan continued his charge, taking third from Martins, before taking second from Vesti on lap 10, taking advantage of an oversteery moment for the Mercedes junior.

Doohan then pressurised on Hauger for the lead and on lap 15, eventually took the spot at Turn 4.

Charouz Racing System’s Rashad de Gerus took the fastest lap on lap 17 as the only driver who pitted for slicks, but finished down in 21st.

Race two winner Arthur Leclerc made another incredible charge through the field. The Prema driver, and younger brother of Ferrari Formula 1 racer Charles started last, as in race one, but came through to finish 13th.