ART Grand Prix’s Alexander Smolyar fought through the field to take his second FIA Formula 3 win of the year after a last-lap tussle for the lead with Victor Martins.

In a sprint race which saw five different leaders, the action went down to the last sector, with Smolyar, who started sixth, battling Martins (MP Motorsport) for the win.

Alpine academy driver Martins had looked set to take his first victory in F3 at his home race after starting tenth and charging through the field, but was passed by Smolyar in a dramatic tussle on lap 20.

Williams had a good start off the line, with Sargeant passing Trident’s David Schumacher to move up to second place by the first turn, while Hitech Grand Prix’s Ayumu Iwasa moved up into P3.

The virtual safety car was briefly deployed on lap two after Johnathan Hoggard, making his FIA F3 debut for Jenzer Motorsport, went off after a mid-pack collision and stopped at the side of the track.

By lap seven, Smolyar and Correa were embroiled in a battle for fourth place, while Sargeant took the lead from Williams in a tense three-car battle with Iwasa, who then demoted Williams to third into Le Beausset.

Red Bull junior Iwasa took the lead from Sargeant into Signes on lap 10, while further behind the leading pair, Martins passed Correa into fifth using DRS. 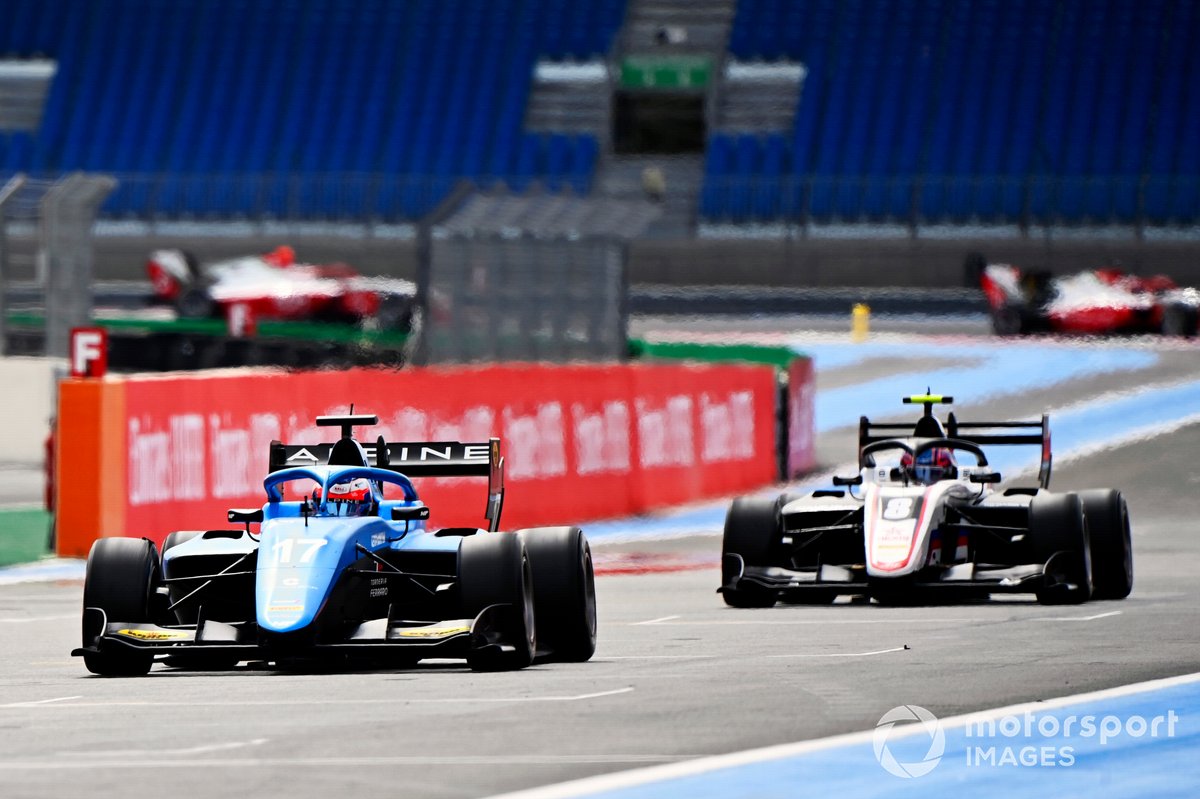 Smolyar finally passed Williams to claim third on lap 13, before taking second from Sargeant with four laps to go.

Iwasa was then handed a five-second penalty as all four of his wheels left the track while he attempted to pass Sargeant, demoting him from the podium down to eighth.

Martins took the lead with three laps to go, only to be passed by Smolyar on the final tour.

Prema Racing’s Arthur Leclerc, who started in last place, stormed through the pack to finish 12th, putting him on reverse grid pole for this afternoon’s second sprint race.

Hitech Grand Prix’s Jak Crawford will start alongside him on the front row, while Prema’s Olli Caldwell and Dennis Hauger will line up on the second row.

Iwasa will start fifth, with Trident’s Jack Doohan in sixth.