It is understood that the new title is part of a bid to establish a new World Cup series at the end of the 2017 season comprising two races, one of which would be Macau.

The F3 European Championship would be slimmed down from 10 rounds to eight, theoretically cutting budgets.

After last week's shock departure of Motor Race Consultants' Barry Bland from his organisational responsibilities, the FIA Single Seater Commission's Frederic Bertrand flew straight from Macau to the European F3 round at the Nurburgring.

According to sources, Bertrand revealed to the teams that a freight deal is in place with the company that has handled the job for some years, while the entry deadline has been extended from its initial date of last Friday to September 30.

Autosport understands that the teams have now received the final sporting regulations.

The World Cup will be the second event with that status on the Macau GP bill, with the first running of the FIA GT World Cup having taken place in 2015. 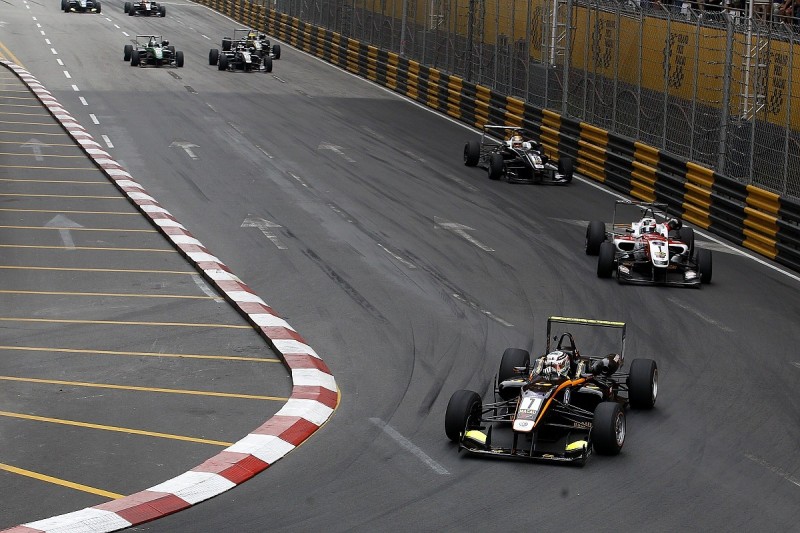 "As the race has now been elevated to World Cup status, regulations for the race have changed and therefore the FIA will be leading the project.

"As a result, Mr Barry Bland has made the decision to discontinue his involvement. The MGPOC respects Mr Bland's decision and would like to convey its appreciation for his many years of contribution and valued service.

"The MGPOC would like to express its gratitude to the FIA for their trust and support, and will follow its guidance to ensure that the race will be organised to the same high international standards as in previous years.

"The provisional race programme and entries will be announced in October."