A meeting took place between the teams and DTM promoter the ITR took place at the recent Hungaroring round, and Autosport understands that an announcement about the continuation of the existing cars is likely to be made this summer - possibly as early as the Norisring round later this month.

The FIA's new single-make International F3 will replace the GP3 Series on the Formula 1 package in 2019, but there have been calls for the current-generation F3 cars to race on as long as the current level of costs can be reduced.

DTM boss Gerhard Berger was the architect of the revival of the FIA's F3 European Championship in 2012 as president of the governing body's Single Seater Commission, but stood down after the '14 season, before taking up his DTM role at the beginning of last year.

Since 2013 the FIA's F3 series has been organised by an ITR subsidiary - F3V - run by long-time F3 promoter Walter Mertes.

Both Mertes and Berger have expressed a wish for their series to continue, reviving the name of the F3 Euro Series, which ran from 2003-12 (pictured below at Dijon in 2009) and out of which the FIA F3 European Championship was reborn. 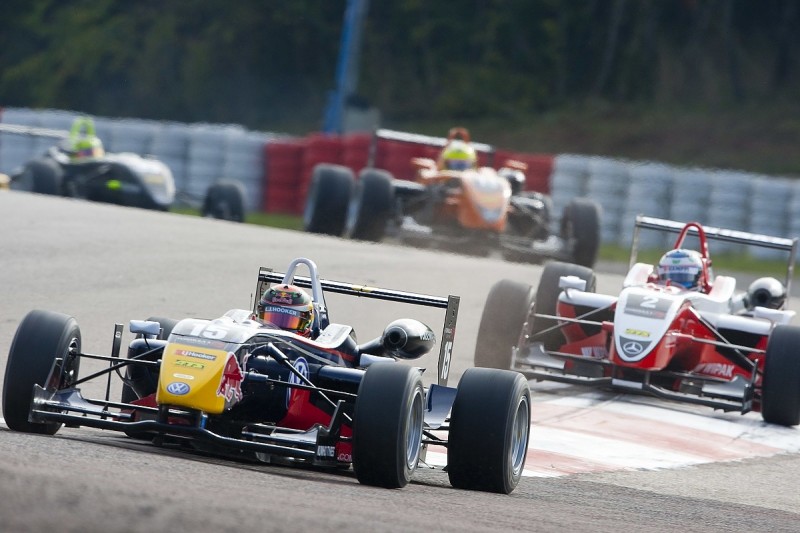 Talking to Autosport at the Hungaroring, Berger said: "I will do everything for F3 if I can - I just need to know that the teams want it.

"I'm not making the regulation anymore - I'm not in the FIA.

"All that I have is a platform [supporting the DTM], and I love F3.

"You can see the way how I position them [in the DTM paddock and timetable] - it's always favourable because I think this is one of the cores of our business.

"It's where the young guys really develop themselves, so F3 is always going to have my support.

"If they would like something and they are looking to it, and I can help, I will do - Wally [Mertes] and myself are discussing it and we are fine to have them on our platform."

Berger also played down suggestions that such a series would rival the FIA International F3 contest.

"It [International F3] is a different story," he said.

"It's on the F1 platform, with different cars.

Autosport also understands that the continuation of the current F3 cars for at least one more year has also been boosted by German Formula 4 organiser the ADAC opting to continue with its current Tatuus chassis for 2019, rather than introduce a new car with a halo.

This would likely mean that Italian F4 will continue with its existing cars, as both series are boosted by teams and drivers contesting rounds of each other's series.

The existing F3 would therefore not suffer from the image problem of being the only significant step on the European ladder without a halo.

The current engine suppliers were also involved in the Hungaroring meeting - even though its powerplants will no longer be badged as Volkswagen due to the manufacturer's pullout from customer racing programmes in 2019, Spiess is understood to have told the ITR and the teams that it wants to continue.