The Russian teenager was barred from the first race of European F3's Hungaroring round in April for "unsporting behaviour" after assaulting Ilott when he confronted him over an incident in a practice session.

Ilott sustained cuts to his cheek and neck and swelling to his jaw.

Several months on, Mazepin says he welcomes reporters quizzing him about the altercation as he believes it is healthier for him to talk about it than shy away from it.

"I'm quite comfortable answering questions on this," he said, when asked about the ban by Autosport.

"In life, when you make certain mistakes, people will ask you why you made them.

"I think it's important to be asked those questions because that's the only way to understand what you've done wrong.

"It was an emotional decision taken over a couple of seconds, caused by certain behaviour of people around you.

"It's all good talking about circumstances and what made you do that, but at the end of the day the question was 'Why?'

"It was a very young decision to take, and it's just a mistake I've done.

"I had quite a lot of grief about it, and I had plenty of time to realise it.

"Things like this happen. Some people do stupid things on track, some people bad things off track, and I seem to be the one doing them off track.

Asked if he was worried the F3 incident might leave him with a bad reputation that could hamper his career, he replied: "No, I'm sure it won't in any way.

"It won't affect my performance, or it hasn't, so I'm just moving onwards and upwards."

The Formula Renault NEC graduate had a difficult start to his F3 rookie season with Hitech GP, but made a breakthrough at the Spa round before the summer break.

Mazepin qualified third for race two before retiring with a fuel pump problem and finished a season-high eighth in race three, having run third early on.

He expects the chance to work with an F1 team to help him make rapid progress.

"There is a lot of room for improvement, but I think with hard work from my side - which has always been there - and with people around me helping me a lot, I should be able to get to a good level," he said.

"Then it's going to be up to a team whenever they feel they're confident enough to get me the drive." 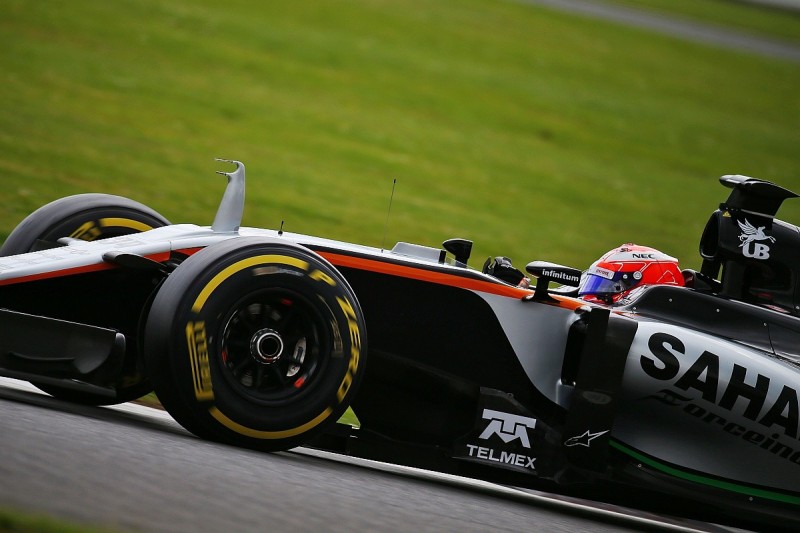