Ilott, who joined the Ferrari Academy set-up in October, will switch from the Formula 3 European Championship in which he has raced for the last three seasons.

The 19-year-old won the qualification race at last month's Macau Grand Prix and scored six wins and 10 pole positions during the 2017 Euro F3 season. Ilott took part in all three days of the post-season GP3 test in Abu Dhabi last week for ART.

"Together with the FDA [Ferrari Driver Academy], we made the decision to do GP3 with ART and I'm really happy with this as the first step in our partnership," Ilott said.

"ART is a very professional team with a proven track record in GP3 and I am hugely excited to start working with them.

"To be selected by ART for one of its much coveted seats is a real privilege.

"I am really looking forward to a new car, new tracks and new challenges and showing ART what I can do."

ART has secured seven out of eight GP3 teams' titles since the third-tier category was established in 2010, and five of its racers have secured the drivers' championship. 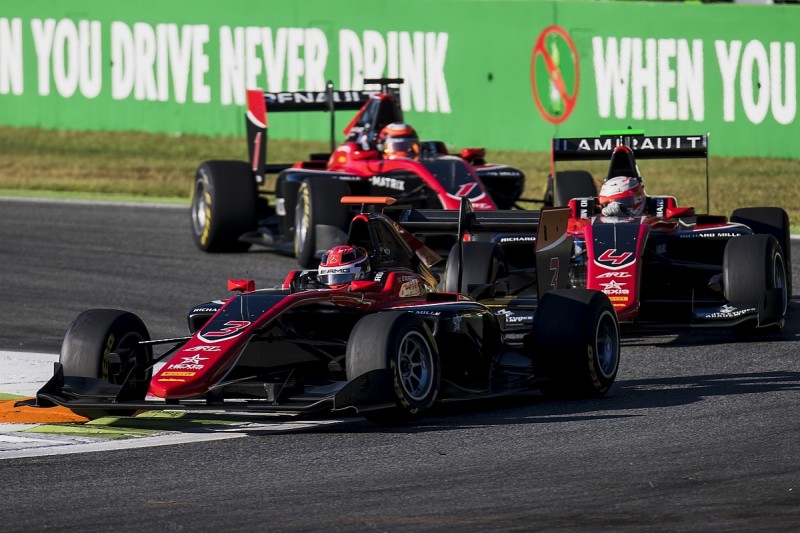 In 2017, the French squad took a 1-2-3-4 in the drivers' standings, with Mercedes F1 junior George Russell winning the crown ahead of Jack Aitken, Nirei Fukuzumi and Anthoine Hubert.

"I am really happy to welcome Callum in the team," said ART president Sebastien Philippe.

"He [has] showed during his young career that he has a very interesting potential.

"We have no doubt at all that he has all the assets needed to fight for the title in 2018."

Ilott, a multiple karting champion before stepping up to Euro F3 with Carlin in 2015, was a Red Bull junior that season.

After he was dropped by Red Bull he switched to Van Amersfoort Racing for 2016 - scoring two wins - and then joined Prema Powerteam for '17, where he took a further six wins and finished fourth in the points standings.

Ilott joined Nikita Mazepin, Jake Hughes, Gabriel Aubry and Tatiana Calderon in testing for ART at the Yas Marina circuit last week. He produced the seventh fastest overall time of the test, which he set on the first day of running.