Zane Maloney clinched his second pole position in FIA Formula 3 at Zandvoort as a late red flag scuppered many final flying laps, including that of title contender Ollie Bearman.

Trident driver Maloney, who also took pole at Imola, continued his run of good form after taking feature race victory at Spa by setting a 1m24.386s to line up first for Sunday’s race.

He took provisional pole from Victor Martins (ART) halfway through the session and was set to improve on his time before the red flag, prompted by Jenzer’s William Alatalo crashing into the barriers at Turn 3, ended running early.

It left many, including a visibly frustrated Bearman, unable to improve on their times heading into the penultimate race weekend of the season.

Maloney's team-mate Isack Hadjar set an early benchmark, with a 1m26.309s, despite losing the rear slightly at Turn 10.

The Red Bull junior was immediately toppled by Caio Collet, who took pole at Spa last weekend for MP Motorsport, and his team-mate Alexander Smolyar, before Martins continued his practice-topping form by moving ahead with a 1m25.152s.

Hadjar was quickly dropped outside the top 10, ending up in 19th after the first round of flying laps, with fellow title contender Arthur Leclerc also struggling in 20th for Prema, while the Monegasque's team-mate and fellow Ferrari junior Bearman ran in 10th.

With traffic forcing second build laps on the next run of attempts, Smolyar found a gap to move up into eighth, while Prema driver Jak Crawford moved up into fourth and Collet was promoted to second behind Martins.

Martins then improved on his time, setting a 1m24.676s, before pole was snatched away by Maloney. He went 0.290s quicker, with Roman Stanek in third for Trident. 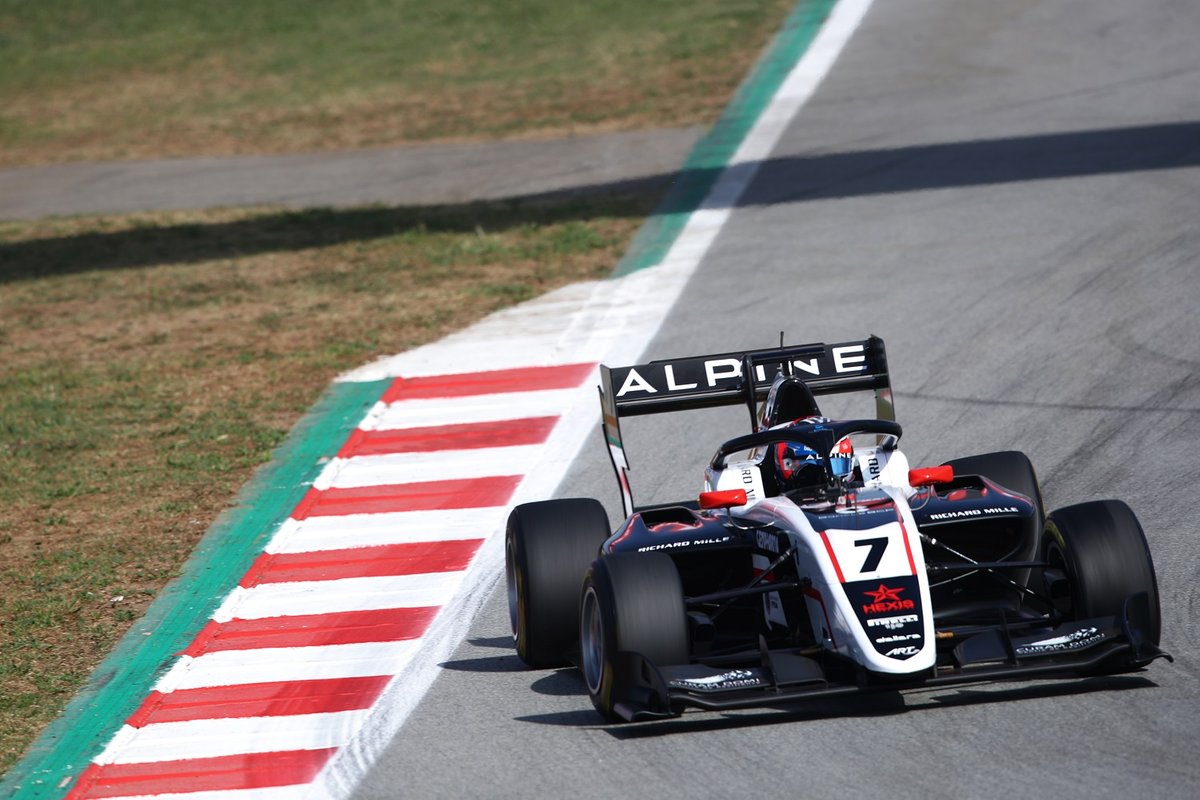 With two-and-a-half minutes left on the clock the field emerged from the pits once more and second-generation racer Sebastian Montoya, the son of two-time Indianapolis 500 winner Juan Pablo driving in place of Hunter Yeany at Campos, shot up to fifth place, while Crawford was promoted to third.

Hadjar then moved up to sixth before the red flag ended the session, leaving Bearman and several others unable to complete their last runs.

Martins, who sits third in the standings, will line up on the front row alongside Maloney, with Crawford and Stanek behind them.

Franco Colapinto will start fifth for Van Amersfoort Racing at the team’s home race, with Hadjar in sixth and Montoya seventh.

Jonny Edgar will start eighth for Trident, with Collet in ninth.

Juan Manuel Correa will start on reverse grid pole for Saturday’s sprint race, with ART team-mate Gregoire Saucy alongside him and Carlin’s Zak O’Sullivan in third.

Formula 2 and 3 to pioneer sustainable fuels from 2023 season