Petit Le Mans Racing and Albirex Racing Team, which have both hitherto competed in the JF3 National Class for older cars, will move up after acquiring the Dallara F315 chassis in a deal brokered by David Kennedy, who had a long professional racing career in Japan and is the managing director of Prema backer Theodore Racing.

One of them is the car taken to a European championship/Macau double in 2015 by Felix Rosenqvist and to the runner-up spot in the points last year by Maximilian Gunther, while the other is the ex-Jake Dennis/Ralf Aron machine.

It means that there will be six different engines represented in the main Japanese F3 class, with Mercedes racing against stalwarts Toyota, Honda and Toda, along with Volkswagen (which entered in 2016) and the ThreeBond-backed Tomei, which joins the grid this year.

The project will enjoy full technical support from Mercedes engine builder HWA along with newly-recruited Japanese personnel, but that there is no official blessing from the manufacturer's local importer.

Both Kazuyama and Nakamura added that they fully expect the Mercedes to be fully competitive against the rival engines.

Brazilian-American Carneiro is a protege of Desire Wilson, who like Kennedy was a British Formula 1 race winner in a Theodore Racing Wolf, and whose husband Alan designed the Utah Motorsports Campus (formerly Miller Motorsports Park) circuit where Carneiro started his career.

Kennedy told Autosport: "Desire put us in touch with Bruno and we met him at the Macau Grand Prix.

"There's nothing formalised, but we're happy to help him and see if we can get the ball rolling.

"He had good success in China and we're trying to see if we can sort something out for him." 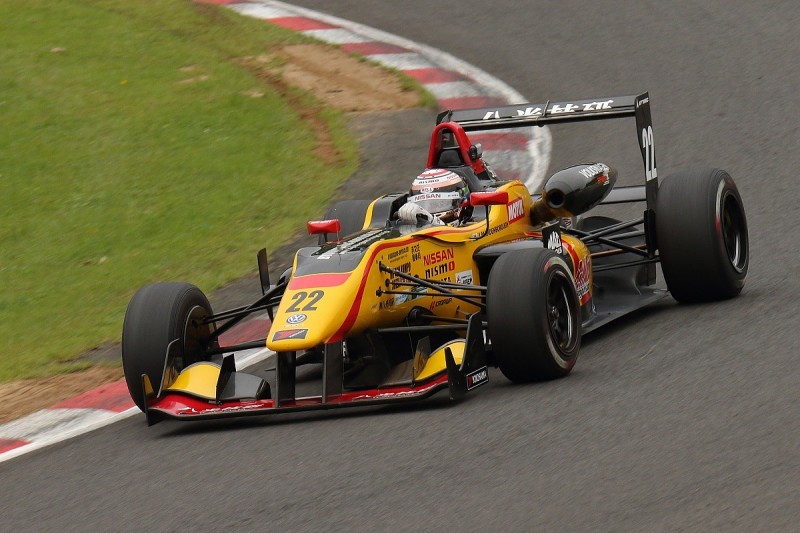 Toyota confirmed recently that its reigning Japanese F4 champion, 17-year-old Ritomo Miyata, will move up to the country's F3 championship with the all-conquering TOM'S squad alongside 2015 F4 title winner Sho Tsuboi, who was third with TOM'S in his rookie F3 campaign last year.

Nissan has shifted its 2016 Blancpain Endurance Cup driver Mitsunori Takaboshi back to Japan, where he will race in F3 with the VW-powered B-Max team.

Honda stays loyal to 2016 pairing Sena Sakaguchi, who remains with HFDP Racing, and Hiroki Ohtsu, who switches from HFDP to Toda Racing.