Stroll, however, will start the final race of the weekend from the front.

Even Stroll's second-fastest lap was enough to top the order with time for one more lap, but he made a mistake at the Tamburello chicane and went through the gravel, while Motopark Dallara-Volkswagen duo Sergio Sette Camara Eriksson then moved to the top of the screens with their final efforts.

Eriksson had to hang back at Rivazza on the penultimate lap to give himself space behind Andy Chang, causing Sette Camara to check up in turn, before they both nailed the final lap to go half a second quicker than their previous bests.

But Sette Camara's grid penalties for an engine change mean his fastest time is converted to 11th on the grid, the second time this has happened to the Brazilian Red Bull junior in recent rounds.

"I heard on the radio I wasn't quick enough so I had to press a bit," said Eriksson, "and it was bloody on the limit!"

The Swede denied he had any benefit of a tow from Chang, saying: "Sergio got one from me because he was closer to me than I was to him [Chang]."

Stroll's third-quickest lap (and therefore his second-best with his fastest being deleted) was only a hundredth slower than his best, giving the Prema Powerteam driver pole position for race three from Van Amersfoort Racing's Callum Ilott and Hitech GP ace George Russell. 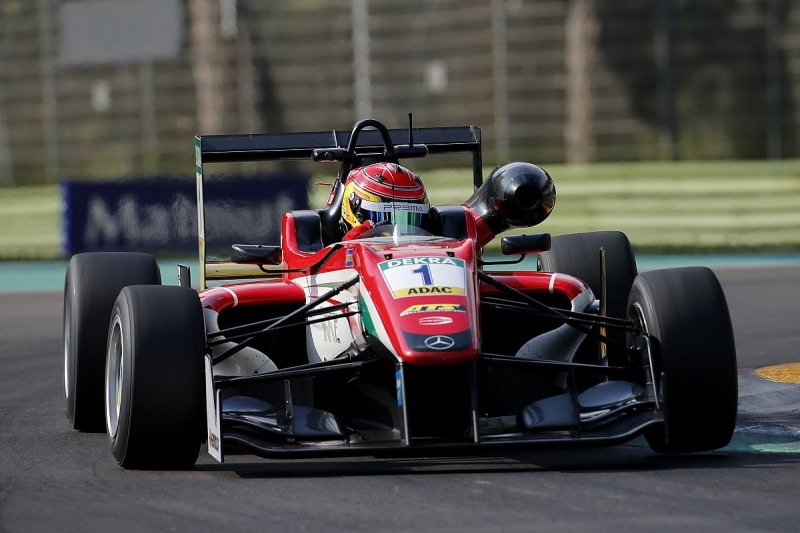 The two Brits were also in the mix for overall fastest, and with Sette Camara's penalty they will start third (Russell) and fourth (Ilott) for race two.

Maximilian Gunther made headway after a disastrous weekend to date to go sixth fastest, improving to fourth on the grid for race three.

Nick Cassidy was down in 10th in his Prema machine, with Mucke driver Mikkel Jensen claiming that position on second-best times.

Sette Camara's penalties move Pedro Piquet into the top 10 on both grids.

First-race winner Niko Kari ended up 16th in the times, with engine problems restricting him to only a few laps.

Meanwhile, Harrison Newey caused a red flag with an off just over halfway through the session.

A raft of 20-second time additions - in lieu of drive-through penalties - for track-limits offences affected seven drivers after the first race of the weekend.

Only two of the drivers finished in the points-scoring positions, with Cassidy being relegated from fourth to 10th and Jensen from 10th to 11th.