The field is a record low for Macau since it switched to F3 rules in 1983 - in that first year, 25 cars were hastily scrambled together, but in the 33 years since then there have always been at least 28 entries.

This year's race is the first to be held without any input from long-time Macau GP coordinator Barry Bland - he stood down from organisation duties in late summer 2016, when much of the entry had already been put in place, and passed away in July this year.

Norris spearheads a five-car attack from Carlin, which bids to follow up its 2016 victory with Antonio Felix da Costa (pictured below). 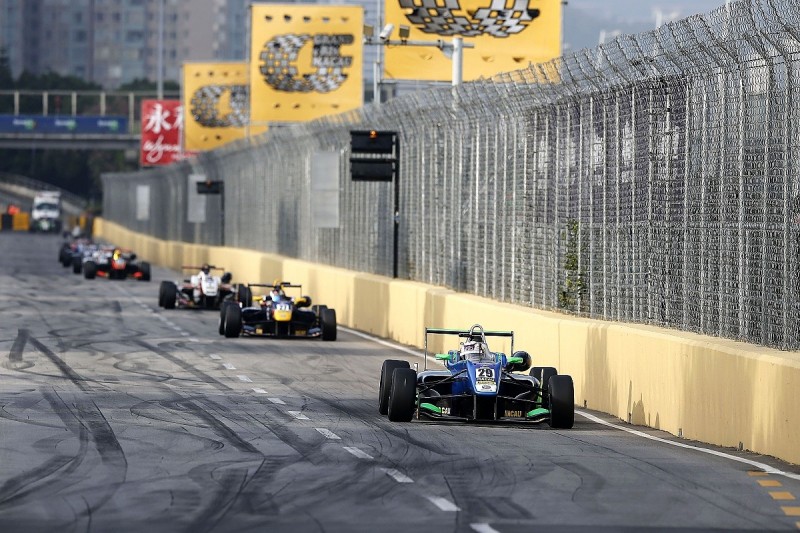 Further Motopark interest lies with Red Bull junior and McLaren Autosport BRDC Award finalist Dan Ticktum, who makes his second visit to Macau after being a race winner this season in Formula Renault Eurocup and starring in late-season GP3 outings.

Japanese F3 champion Mitsunori Takaboshi is not on the entry list, but the B-Max squad with which he has raced this season has assembled a potent line-up including Super Formula aces Yuhi Sekiguchi and Kenta Yamashita - the Japanese F3 title winners of 2011 and '16 respectively have both finished fourth in Macau in the past.

B-Max will also field a car for its team principal Ryuji Kumita - the 50-year old, who races under the pseudonym of 'Dragon', is this year's Japanese F3 National Class champion.