After completing a hat-trick of wins from pole position, the Swede spoke to AUTOSPORT about what happens next in his career.

Mercedes has backed you in Formula 3 since 2011, so can you use your European F3 title win to progress with them?

FR: Obviously if I can do something with them it's always really good, but I also want to use this championship win to extend my formula career if it's possible.

You just have to sit down in November or December to see what the options are. If you have options - you never know in this world! Obviously the Macau Grand Prix could have an impact as well.

So is there any chance you could move into Merc's DTM or GT projects?

FR: DTM is always a golden opportunity for every driver; even Formula 1 drivers love to do that. That's a perfect scenario for me. But there's always politics involved in picking the drivers and that's fine. They are a big company and they have to decide what's best for them.

And if I'm not one of the drivers they want to have then I have to find something else, and that's part of the game and that's how it's been for a couple of years. GT3 is Plan B if nothing else comes together - that's something really interesting for in three or four years, but when you have the momentum like now you want to use it.

You've got Stefan Johansson - with strong American connections - involved in your career. Would there by any openings in IndyCar?

FR: You never know what happens in this world. I'm hoping for a lot of things. We just have to find the best solution and if that's America, that's America. We'll see.

You're never mentioned in connection with Formula 1, yet a lot of drivers you've raced against and beaten are there. Do you think you deserve a chance?

FR: I'm ready for it, I think it's no question. Max [Verstappen] is doing it, Esteban [Ocon] has been testing loads, many other drivers I raced against are doing it. I believe technically I can do it, but my links are maybe not so strong to F1 and that's also part of it. I'm well aware, but I'm not complaining that I didn't get the chance.

I know that the sport is half-result and half-political, and that's what you have to deal with. To have a test would be great, and then you can see from there on, but at the moment I've never been in contact with any Formula 1 team and I would be happy if something comes up.

Just to try once would be also an achievement for your career. To have a drive in anything better than Formula 3 would be the next step - I would be happy with something with a bit more grunt!

How do you feel to clinch the European F3 title with Prema?

FR: It probably took a bit too long but in the end it's always nice to seal a title like this. I've been close a couple of times but it didn't go all the way. Every circuit you can drive so naturally and so smoothly and be so quick, put yourself in a position to be competitive, and that's down to the team.

We've made a really powerful combination this year. There were some crashes and unfortunate things that happened, but I was always quite sure it [the title] could happen.

You've won all the major F3 titles - Macau, the Masters (twice), the Pau GP and now the European title. Which one means the most?

FR: It's this one, just because I was fighting so hard for it. To be champion when you have 33 races, you cannot have any weak spots. That's why I feel so proud of it. 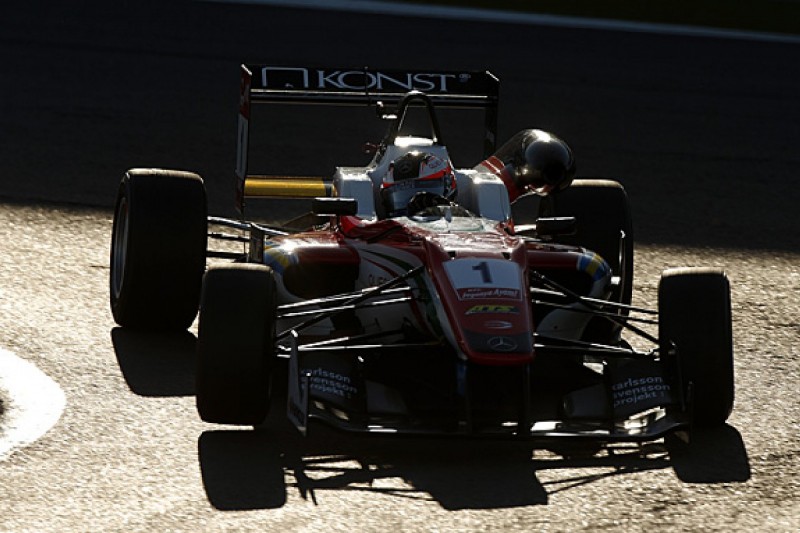