Yeany, last year’s US Formula 4 champion, is set to make the step up to F3 with the Czech squad which already fields fellow American and 2020 title contender Logan Sargeant.

The 16-year-old took out the US F4 title scoring seven wins, one pole position and a total of 14 podiums. Yeany also has experience racing in Indy Pro 2000 and Formula Regional Americas.

“I’m really excited to be joining Charouz for the remainder of the season,” said Yeany.

“It’s a big leap for me but it’s also a great opportunity. I know the learning curve in FIA Formula 3 and on the tracks will be high, but the team has worked very hard to make sure I’m prepared.

“It has always been my goal to come to Europe and race, and I want to thank everyone who has made it possible.”

The 17-year-old will drive under a Portuguese licence but hails from Venezuela and has Czech origins.

“I’ve been already impressed by the team as I had the chance to visit them as a guest in Austria and Hungary,” said Chovanec.

“I saw how they work and also that the atmosphere inside the box was amazing, they are very professional but at the same time very relaxed.

“Let’s see now what we can do in Spa, we’ll try to do our best, we will learn. I’m really grateful to Antonin Charouz for this incredible opportunity to race in FIA Formula 3.” 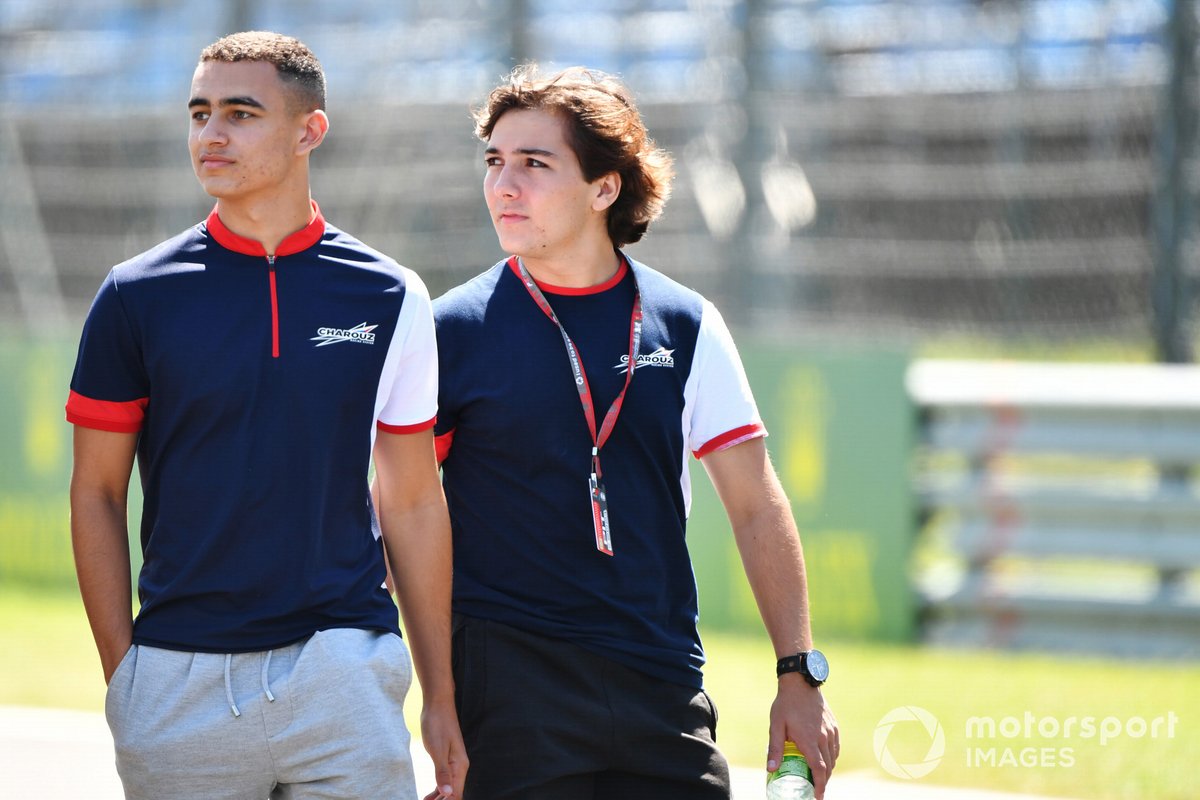 The pair will replace Fittipaldi, who sits 14th in the championship having scored a maiden podium at the Hungaroring last time out, while De Gerus recorded a best result of 13th from the 12 races to date.

Charouz team owner Antonin Charouz added: “I’m happy to join two new young and promising drivers in our team for the 2021 FIA Formula 3 campaign. We’ve shown so far, our cars have great potential and I’m sure we will have a very good second part of the year.

“Of course, Spa-Francorchamps is not the ideal place to make your debut as a driver, as it is one of the most difficult in the world, but our role as a team is to be sure the drivers can feel comfortable in every situation.

“I’m sure Zdenek and Hunter will find themselves very welcomed in the team and we can count on Logan’s experiences and references to support our technicians to achieve the aim of a good overall result.”

Elsewhere, the FIA has announced that Carlin driver Kaylen Frederick has tested positive for COVID-19 and will sit out the Spa weekend. The team will not replace him with another driver.

The FIA F3 Championship heads to Belgium this weekend with Dennis Hauger holding a commanding 63 point lead over Jack Doohan in the series standings.