Trident’s Jack Doohan topped the timesheets during FIA Formula 3 testing at Jerez on Wednesday, setting a 1m29.625s during the morning session.

The times were quicker in the morning session, with the top seven all setting fastest times in the 1m29s.

Doohan also set the quickest lap during the afternoon running, with a 1m30.605s, followed by Hitech Grand Prix’s Ayumu Iwasa in second and his team-mate Jak Crawford in third.

Prema’s Dennis Hauger, who leads the championship standings after the first race in Barcelona at the weekend, came fourth, while Novalak came fifth in the afternoon running.

There is another day of testing on Thursday, when the morning session will run from 9am to 12pm (local time). The afternoon testing window will begin at 1pm and finish at 4pm (local time).

The two days of in-season testing come after a chaotic weekend in Barcelona which three first-time winners take the top step of the podium - Smolyar, Prema Racing’s Olli Caldwell and his team-mate Hauger.

It also marked the beginning of the new format, which will see 21 races take place across seven weekends, and uses a traditional qualifying session to determine Sunday’s grid, while the top 12 are reversed for Saturday morning’s race, before the top 12 of that race is reversed for that afternoon. 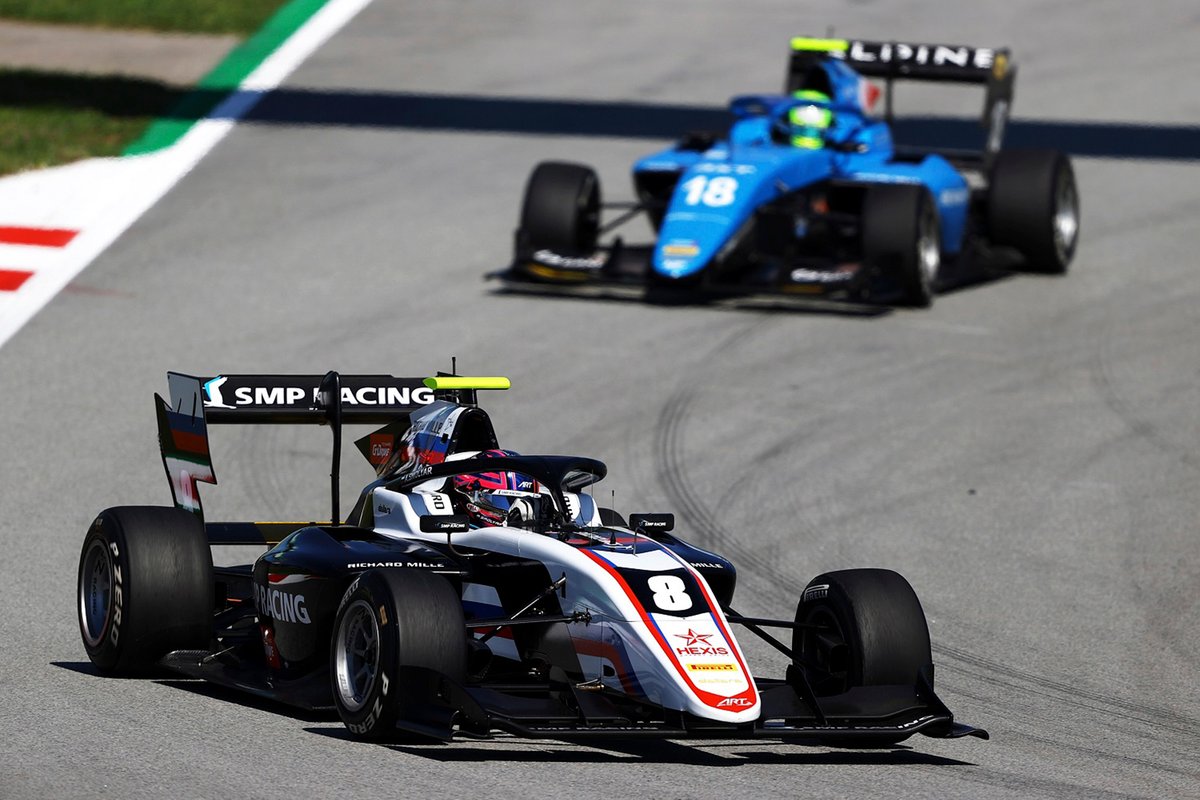 Smolyar won the first race, which ended under a safety car after HWA Racelab driver Oliver Rasmussen ended up in the gravel at the final corner.

That afternoon, Caldwell took his first win after two chaotic tussles for the lead led to collisions.

On Sunday, Hauger took victory, leading every lap from pole position in a somewhat calmer race, taking his second podium, but his first for the Italian outfit.

Teams are testing their cars on Pirelli’s P Zero medium tyres, which will see its next race-weekend action when the field returns to the Red Bull Ring for the third round of the 2021 campaign at the beginning of July.

F3 returns to racing at the French Grand Prix at Circuit Paul Ricard on 25 June.