The 19-year-old Austrian, who also finished fourth in this year's Toyota Racing Series in New Zealand and was a podium finisher in his Formula Renault 2.0 campaign, is the first driver confirmed by the British team for Euro F3.

Habsburg made his competition debut in FIA-spec F3 at the Macau Grand Prix, in which he crashed out of the race.

"I'm extremely excited about the upcoming season, especially after a really good year in Euroformula Open, so coming off the back of that gives me a lot of confidence for a competitive season with Carlin," said Habsburg.

"FIA F3 is the next step for us and I think that a good winter test schedule as well as racing in New Zealand will mean that we're looking strong from the start.

"Carlin has a great history in Formula 3, so we'll be going into the season working well together - everything is looking very positive for 2017." 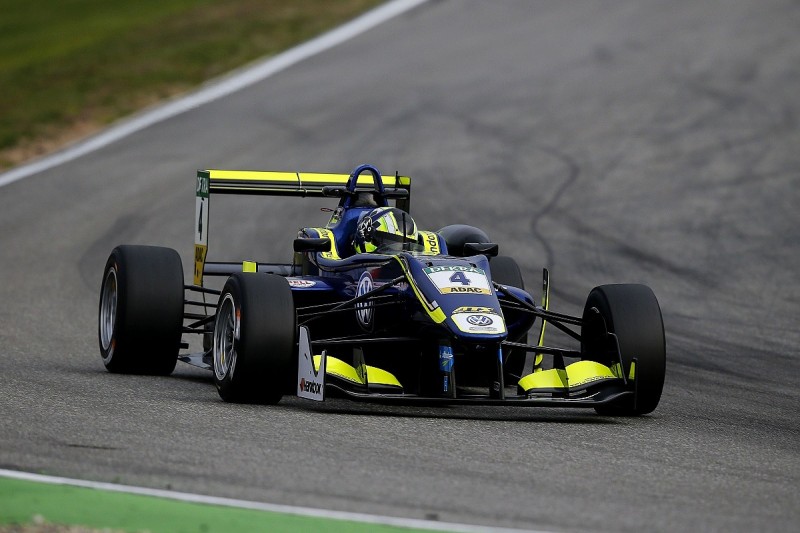 Team boss Trevor Carlin, whose squad had its maiden Euroformula season in 2016, added: "We've seen first-hand Ferdinand's raw speed and racecraft in Euroformula Open, where he has been a very tough opponent.

"Less than two weeks after our victory in Macau, the focus within the team now is very much on 2017, and to have everything finalised with Ferdinand so early on will allow us to make the best possible preparations for the season ahead."

Carlin has also been testing with 2016 McLaren Autosport BRDC Award winner Lando Norris and Force India Formula 1 protege Jehan Daruvala, both of whom are tipped to be part of the team's line-up of Volkswagen-powered Dallaras.

DID YOU KNOW?
Habsburg is an archduke and descended from the former Austrian royal family - his father would be on the throne if the country had not become a republic.