Palmer (pictured above), the 18-year-old son of BRDC F4 founder Jonathan and brother of Lotus Formula 1 reserve Jolyon, tested with Carlin at Rockingham and Snetterton.

Newey (pictured below), the 17-year-old son of Red Bull design wizard Adrian, got a runout at Oschersleben with Van Amersfoort Racing, with which he has contested a parallel programme this year in the German F4 Championship.

Palmer was also initially set to run at Oschersleben, in his case with Motopark, before plumping for two days in the UK.

"It was good," said Palmer. "I didn't have a huge amount to compare to, but I got up to speed with the car and felt pretty comfortable by the end.

"To be honest it felt like a pretty big step in grip and braking, and the other thing is you need to hit it with much higher pressure than in the F4 car."

Palmer, who made his Formula Renault Eurocup debut last month at Silverstone, will also get a one-day test in GP3 in Abu Dhabi as his prize for winning the F4 title.

"We'll hopefully do more than just one day in Abu Dhabi," he added, "and I'd like to do some more running in the F3 car over winter but there's nothing concrete.

"It's quite a hard decision [for 2016]: there are advantages and disadvantages for both.

"It's going to depend a bit on how the test in Abu Dhabi goes and how I can handle the step up - it's a bit bigger than F3."

Newey's main task on a mainly wet day was to shake down a just-completed, brand-new Dallara F316 recently delivered to the team.

Team boss Frits van Amersfoort told Autosport: "Harri's an intelligent young guy and we wanted to give him the opportunity to test the F3 car, and now we think he's now fallen in love with it, so we don't know what that will bring...

"There was hardly any difference in times between all three of them, and anyway it's hard to judge because conditions were dreadful, but I was happy that all three of these young boys did a very professional job - it was an amazing effort." 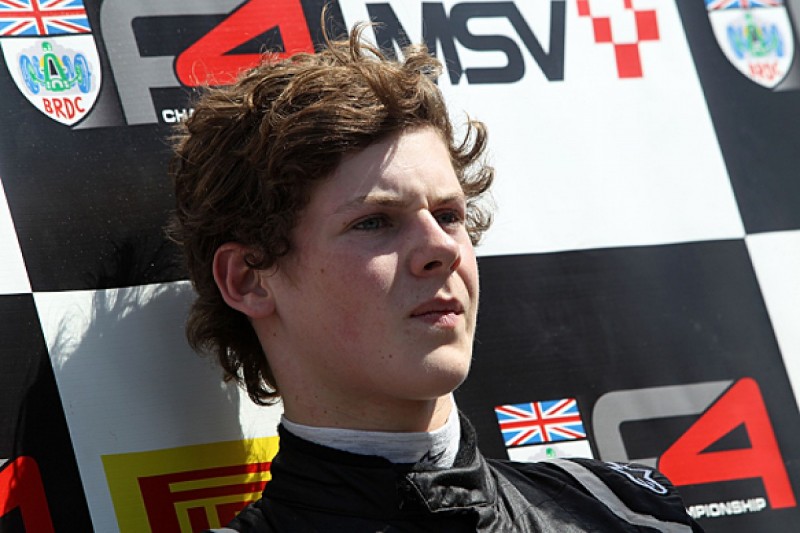