Logan Sargeant has taken Carlin's final FIA Formula 3 Championship seat, likely ruling out Billy Monger from getting a drive with the team in the series this year

BRDC British F3 driver Monger had visited the Abu Dhabi GP3 finale last year where he undertook extraction tests, and signalled his hope of competing in the new-for-2019 FIA F3 Championship that replaces GP3 on the Formula 1 support package.

But Carlin has now signed Sargeant to join Honda protege Teppei Natori and Euroformula Open champion Felipe Drugovich, and teams can only run three cars in the series.

Monger has reaffirmed his commitment to Carlin, the team that helped him to return to racing less than a year after a horrific crash in British F4 at Donington Park in April 2017 that resulted in the amputation of his legs.

Autosport understands Monger could instead drive in the Euroformula Open Championship, although he is yet to confirm where he will compete this year. He has been announced as a pundit on Channel 4's Formula 1 coverage.

Sargeant knows the Carlin team well after taking third in British F4 with it in 2017. He was third in his first full season in the Formula Renault Eurocup last year with R-ace GP.

"We've had great success together in the past in F4 and I can't wait to be back with them," said the 18-year-old American of Carlin. 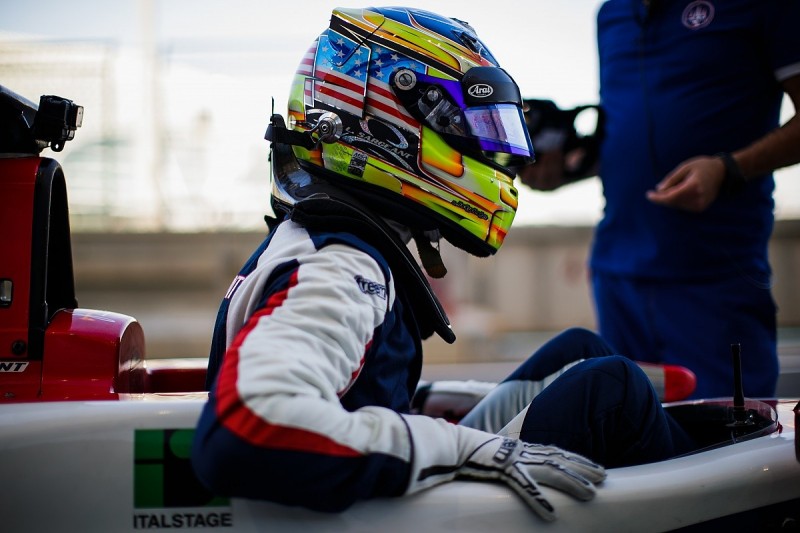 "I have high expectations and I know if we continue to work together well as a team we can bring this form over to Formula 3.

"We definitely have the potential to be right at the front so I have no doubt that we can fight for the championship."

HWA has also revealed the first two of its three drivers for FIA F3 this year.

Keyvan Andres, who finished 18th in European F3 with Van Amersfoort last year, and Euroformula Open runner-up Bent Viscal have joined the team - which has made a major new foray into single-seaters this season.

Mercedes' long-time DTM partner is entering Formula 2 and Formula E as well as FIA F3, and will also run R-Motorsport's Aston Martins in the DTM.