A frenetic session ended in a stunning finale, as the field was separated by 1.4 seconds from first to 20th. It was the first time since Barcelona 2016 that an ART car wasn't fastest in a GP3 qualifying session.

Long-time chart-topper Nikita Mazepin reasserted himself on a number of occasions for ART, the team that took the top four spots in the championship last year.

Anthoine Hubert - a new 'Renault Sport affiliated driver' - expelled Mazepin from pole a number of times in the dying minutes, after the pair had also spent much of the first bout of flying laps swapping position at the front.

But Pulcini came from nowhere as the last frontrunning driver to set a representative lap, and earned his first GP3 pole by just 0.056s.

Outfoxed ART trio Mazepin, Hubert and Callum Ilott followed. Ilott appeared to struggle in practice and for most of qualifying, but recovered well in the dying minutes to lie just 0.2s shy of pole.

The final ART driver Jake Hughes, who topped practice earlier in the day, could only manage 11th. 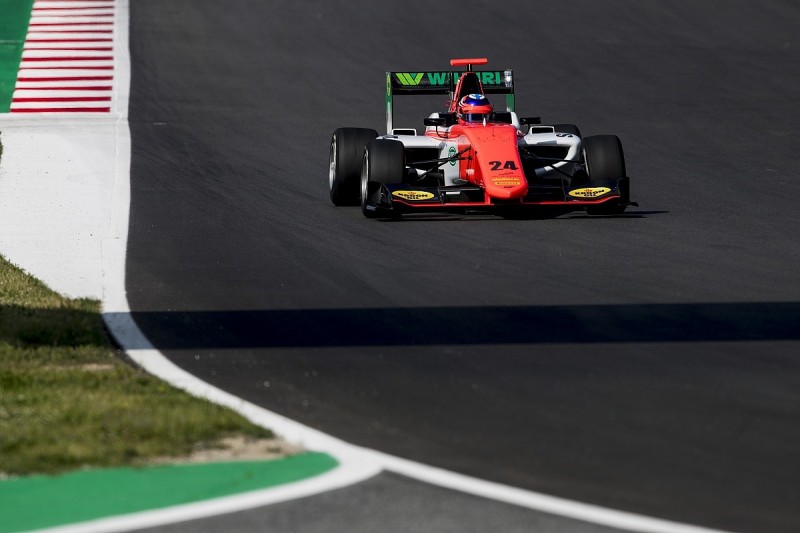 Niko Kari delivered a stunning effort to put new-to-GP3 team MP Motorsport in fifth. The Finn ended 2017 by being dropped by long-time backer Red Bull then winning a race with previous team Arden.

His team-mate Dorian Boccolacci followed after a late lap, ahead of Simo Laaksonen - who couldn't match the pace of team-mate Pulcini.

European Formula 3 convert David Beckmann and Alessio Lorandi took eighth and ninth respectively, while a favourite for a top five, Giuliano Alesi, could only manage 10th on the starting grid.

The son of Formula 1 race-winner Jean had spent the early running deep in the top five with a number of strong laps. He had appeared confident after practice, but couldn't pull his qualifying lap together.