Although the FIA Formula 3 Championship has been created by a merge of GP3 and European Formula 3 - and keeps much of last year's GP3 car - the French squad has struggled to assert itself with a mostly young and inexperienced driver line-up.

It lies third in the teams' championship, and has less than half of the points of top squad Prema Racing.

Lundgaard won the first race of the season on the road in Barcelona, but was penalised for a virtual safety car infringement. The season has been a rollercoaster from there.

But the squad scored a one-two in race one at the Hungaroring, Lundgaard taking pole, fastest lap and leading every lap of the race to head home a team one-two ahead of reigning Formula Renault Eurocup champion Max Fewtrell.

"For me to win this race today was to get back from where we've been since Paul Ricard [second round of the season] actually," said Lundgaard.

"To get back onto the podium, we've struggled a bit.

"We seem to have the pace on one lap but have struggled in the race.

"Now we are back where we belong."

Fewtrell added: "I think it's going to be crucial for us that we need to keep this momentum up now. It's been quite up and down.

"We need to capitalise on this and really move forward." 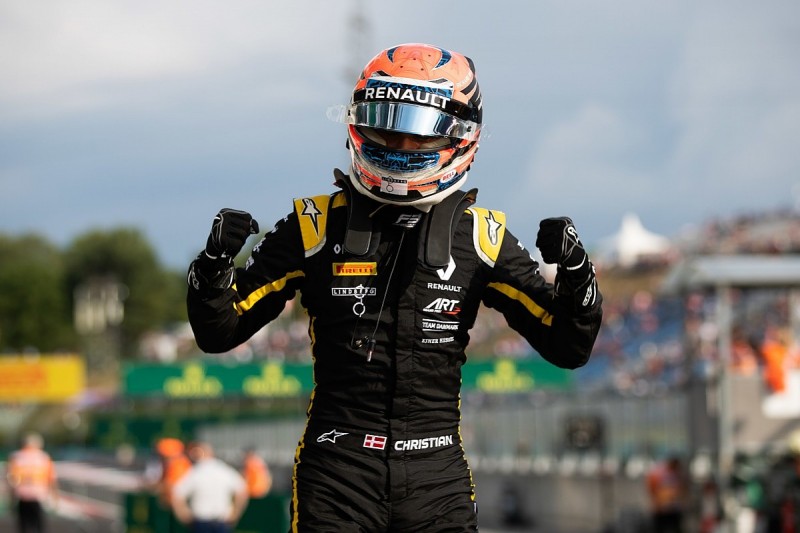 Lungaard and Fewtrell both retired at Paul Ricard, while Fewtrell took a second and a fourth at the Red Bull Ring, as Lundgaard and the third ART Grand Prix driver David Beckmann were disqualified because their physios were blowing air into their radiators during qualifying.

All three drivers struggled for pace at Silverstone before rebounding strongly in Hungary.

Lundgaard leads the trio in the drivers' championship in fifth, albeit 52 points off the lead.

Mathieu Zangarelli - the squad's team boss carried over from GP3 - said the outfit held a meeting before the Hungaroring round which was "interesting".

"We have a lot of up and down at the beginning of the season," Zangarelli told Autosport.

"We did a big meeting with the drivers and the engineers also before Budapest.

"It was really interesting.

"We did some statistics, to understand exactly what happened.

"Obviously we had many sporting situations, disqualification, the crash in Le Castellet, which impacted a lot and compromised race one for our drivers.

"I hope for a more quiet second half of the season.

"It was not really in our expectation to do the first half of the season not to plan but now we hope we have found an improvement."