Points leader Shwartzman and Armstrong battled brilliantly in the closing laps of the second race at the Red Bull Ring, with Armstrong appearing to have stronger pace than his team-mate.

On the last lap at the tight Turn 3 at the top of the hill, Armstrong attacked to the outside.

Approaching corner entry, Shwartzman clipped the rear-right of Armstrong's car, causing a puncture that demoted his team-mate to 19th.

Shwartzman won on the road but was penalised for the incident and finished third.

Armstrong - who began the weekend as the only Prema F3 driver yet to win in 2019 - said he was "glad" that Shwartzman was penalised for "taking him out".

"Firstly I don't think I should have been in that situation, I should have won the race five laps before that," Armstrong told Autosport.

"I clearly had more speed than Robert and I'm angry at myself that I didn't exploit that earlier in the race, [with] seven to five laps to go.

"The accident, I didn't do anything wrong, I stayed straight, I'm not sure what he did.

"I didn't do anything unusual.

"I knew I had a puncture immediately.

"I'm not happy for the team because we should have had a 1-2 or even a 1-2-3, I'm upset about that, but I'm glad he was penalised for essentially taking me out." 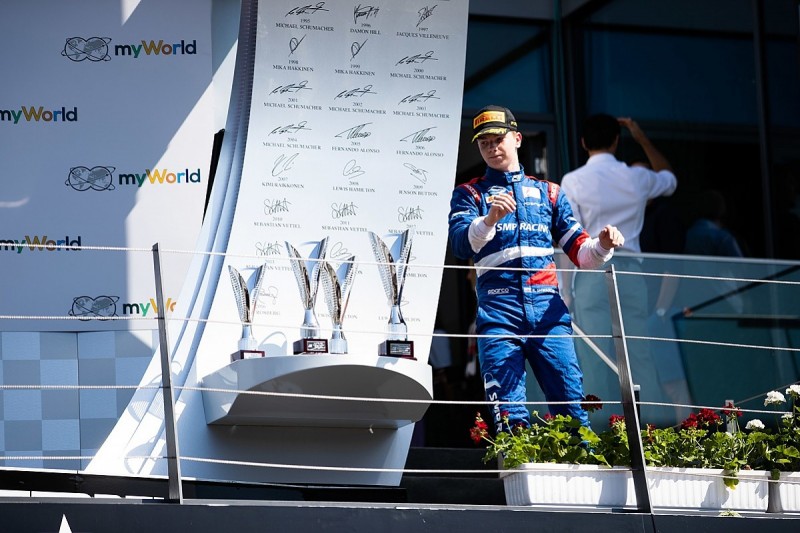 Shwartzman said "I feel sorry for Marcus for the DNF", but both he and his Formula 1 podium-finishing driver coach Vitaly Petrov felt it was a racing incident - though Petrov admitted he felt the penalty was deserved.

"In my opinion it was a racing incident," SMP Racing junior Shwartzman told Autosport

"We were fighting for the win and it happened so quick.

"I feel sorry for Marcus for the DNF and for my penalty.

"I think the penalty is deserved because he didn't finish.

"I don't feel myself that I did something completely wrong.

"I was just trying to defend and unfortunately I had no time to stop in time.

"We made contact. It's sad, we lost some points, it was tight racing.

"There were a few moments where it was too close and that one reached over the limit unfortunately."

Petrov felt Shwartzman had "no chance to avoid this crash" and underlined that it was a "racing incident" but suggested there were things his fellow Russian should learn from it.

"If a driver is in front, you must brake a bit easier," Petrov told Autosport.

"It's difficult to give him any advice but in future if you are fighting for championship points, it is better to finish second, not third, and keep a few points more." 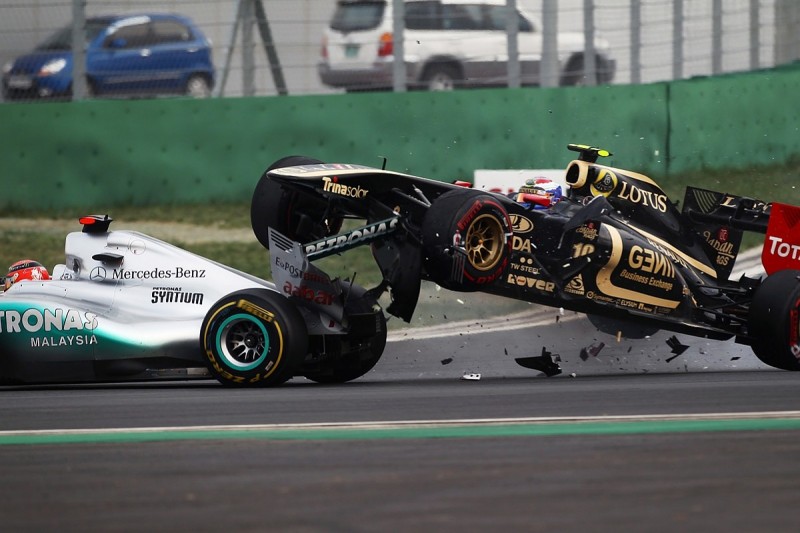 He compared it to his own crash with Michael Schumacher during the 2011 Korean Grand Prix.

"I knew if I'd braked 100 metres earlier, it would never have happened. It's racing," said Petrov.

Shwartzman kept the championship lead with his third place finish, while Armstrong dropped to fourth behind race one winner Juri Vips.