Kari finished sixth on the road in the race - won by Trident's Dorian Boccolacci - after clashing with his Arden International team-mate Steijn Schothorst late-on at the Yas Marina track.

The pair clashed as they ran through the slow left-handed Turn 14 while fighting over fourth place, with Kari sustaining a damaged front wing and Schothorst falling to a lapped 18th after stopping in the pits following the incident.

But the stewards ruled that Kari, who won the first race of the weekend ahead of 2017 GP3 champion George Russell - the main beneficiary of the Arden clash in race two as he moved easily up to fourth - was at fault and handed him a 10-second penalty.

The decision drops Kari - who loses Red Bull's backing after this race - to 13th in the final classification.

Baptista was penalised for leaving the track and gaining an advantage when he overtook the hobbled Kari and Jenzer Motorsport's Haas Formula 1 junior Arjun Maini on the final lap of race two.

The Brazilian driver crossed the line in seventh for DAMS after being re-passed by Kari, but a 5s time penalty drops him to 10th and out of the points.

The two penalties mean Maini is now classified sixth ahead of Kevin Jorg and Jack Aitken, who had already sealed second place in the final drivers' standings but now gets an extra point to add to his total. 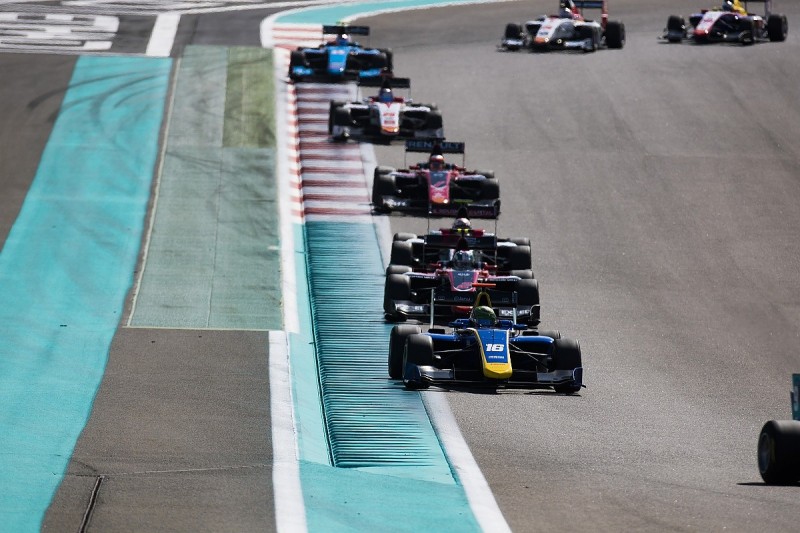