Formula E and the FIA have officially announced a two-month suspension of the 2019-20 season in response to the spread of COVID-19.

Rumours of the mid-season delay first circulated on Wednesday in light of the World Health Organisation declaring a pandemic, but a formal announcement was not expected from FE until Monday.

Autosport understands that series organisers intended to wait until after the Australian Grand Prix weekend to break the news.

But following the cancellation of the Formula 1 season-opener owing to the novel coronavirus, FE pushed forward its statement to Friday morning.

It read: "The decision, made in coordination with the relevant local authorities to temporarily freeze races held in highly-populated cities, was taken as the most responsible course of action, due to the continued spread of coronavirus and the World Health Organisation officially declaring COVID-19 a pandemic.

"With the well-being of staff, spectators and the entire championship workforce being the number one priority, precautionary measures put in place will restrict races from running during a set timeframe."

The series has implemented a flag system to determine the timeframe and viability for when races might be rearranged, or which events can go ahead unaffected.

Races that fall in the months of March and April have been categorised as red flags, which in turn means that the Paris E-Prix has been called off.

It also ends the prospect of a race at the Circuit Ricardo Tormo, the FE pre-season testing venue in Valencia.

The 4 April date had been kept open following the postponement of the Rome E-Prix, and the cars were freighted to the track after the most recent race in Marrakech. 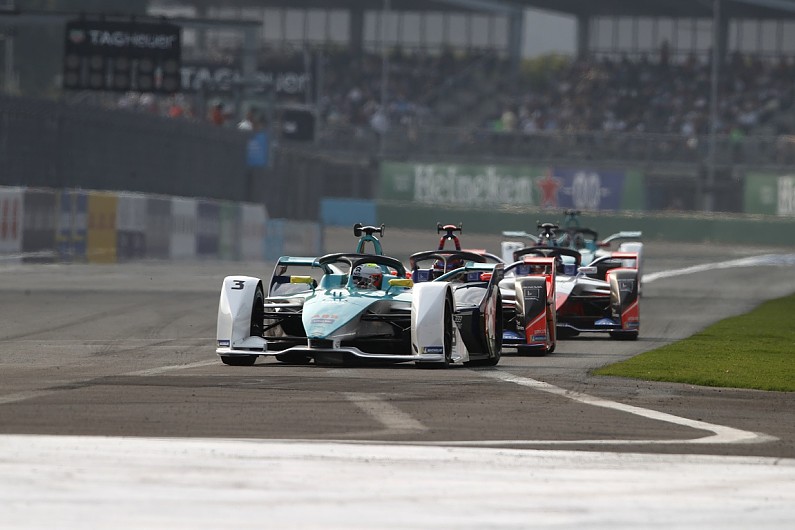 May has been labelled a yellow month, whereby the opportunity of a race has been kept open.

Although the inaugural Seoul E-Prix in South Korea had occupied a 3 May date on the original season six calendar, it now joins Sanya, Rome, Jakarta and Paris as cancelled races.

Events in June and July have been declared by FE as green, and so the Berlin and New York races, plus the double-header London season-finale are expected to go ahead as planned.

Alejandro Agag, the founder and chairman of FE, said: "Right now is the time to take responsible actions and this is why we have decided to temporarily suspend the season and move forward with introducing measures to freeze races from taking place over the next two months.

"Motorsport plays a major part in our lives and it is important, but what is more important is the health and safety of our staff, fans and their families, as well as citizens in the cities we race.

"The ABB FIA Formula E Championship will be back in full force, once the ongoing health crisis and spread of COVID-19 has subsided."

FE added that it will continue to work in conjunction with the FIA and local authorities to evaluate a revised calendar and attempt to reschedule races after the temporary suspension.