Susie Wolff has refuted any suggestion it is "odd" that Venturi has become a Mercedes Formula E customer, insisting the team had to do so in order to remain competitive.

The Monaco-based team, which was previously an FE powertrain manufacturer in conjunction with German technology company ZF, will use Mercedes' Silver Arrow 01 package from the upcoming 2019/20 campaign and retain its driver line-up with Felipe Massa and Eduardo Mortara.

Venturi has scored podium finishes throughout FE's first five seasons - and won the 2019 Hong Kong E-Prix with Mortara after on-the-road-winner Sam Bird was penalised for clashing with Andre Lotterer.

But the squad has not managed to achieve a constant run of form and counts sixth in 2015/16 as its best finish in the FE teams' championship.

Wolff explained that the switch to running Mercedes power had been instigated by Venturi president Gildo Pastor, and disagreed with any suggestion it was odd for an FE manufacturer to choose to become a customer operation.

"I don't think it's odd at all because Venturi is not a manufacturer - as in, we don't build road cars to sell," she told Autosport. 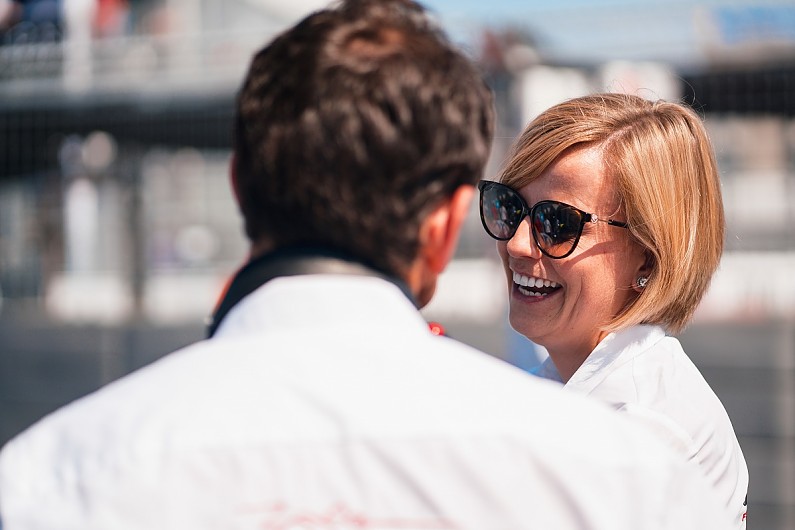 "We're a team that go racing under the Venturi banner, and Venturi Automobiles will carry on doing land speed records, building amazing vehicles that can go to Antarctica.

"But I think it's very strategic from Gildo [Pastor] to realise that in order to stay competitive in Formula E, he had to align himself with a big manufacturer.

"And it was clear last season that [while] we had the possibility of getting some great results, we were unable to fight consistently at the front.

"For a small operation like ours, to continue as a manufacturer was a huge challenge and that's why I'm very confident that it's a step in the right direction in terms of our performance in Formula E.

"Because I have no doubt that the competition is going to be even higher in season six."

When asked if she took inspiration from the Techeetah and Envision Virgin Racing teams finishing second and third in the last two FE teams' championships as customer squads, Wolff said: "Yes, and I think that's one of the great things about Formula E.

"Nine races, eight different winners [at the start of 2018/19], and not all of them with big manufacturers.

"That's integral to what Formula E is and it gives me great confidence in becoming a customer team we're having no disadvantage.

"If anything, it should mean that we have a better advantage and I think that's one of the big advantage of the technical regulations in Formula E."