ABB FIA FE tweaked its qualifying format for the start of the current campaign, with the top drivers in the championship always grouped together and running first for the grid-setting sessions.

This has shaken up the grids for most races, which was a significant factor in the first eight events being won by eight different drivers, but has also attracted criticism from the drivers.

Da Costa has been in the first qualifying group at every round in 2018/19 apart from the season-opening race in Saudia Arabia, where rain forced FE to enact a different qualifying format.

"It's just frustrating," da Costa told Autosport before he was later disqualified from sixth place in the Monaco results.

"I understand what's trying to be achieved with the qualifying system, it's to make the people at the front of the championship qualify at the back - fair enough.

"But then, you need tracks that allow you to come up from the back to the front and [Monaco was] not the place.

"The best driver, the best car and the best package will not win the championship like this. 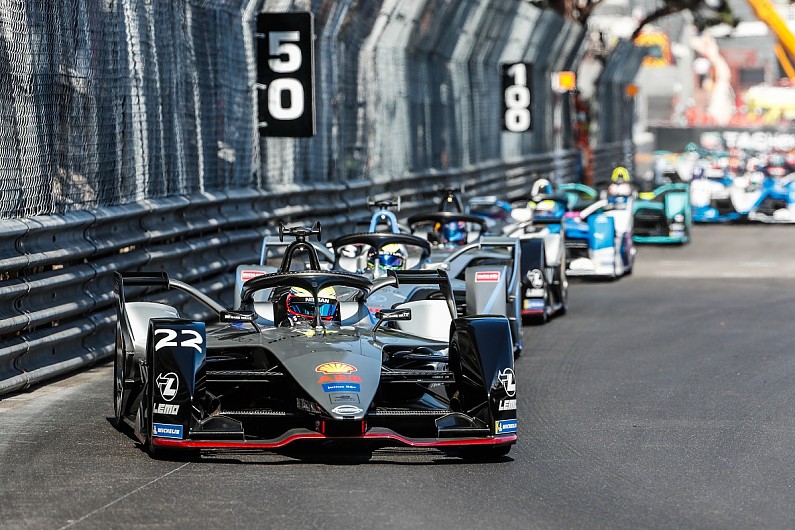 "I'm just frustrated, I feel like we had the car to win [in Monaco]. "For the sixth or seventh time I was P1 in my group against, theoretically, the quickest guys in this championship - but it's only enough to start in P9.

"Considering all that, and where we are, finishing sixth is good points but I'm afraid, like this, I will never be able to be on the podium ever again this season.

"I don't even know how to plan for the future, how can I win this championship? Is it just [by] doing our best, or should we plan to be in group two and win a race every now and then? I have no idea - it's just what it is."

When asked if he had expected the qualifying rules to have such an impact ahead of the season, da Costa said: "Yes, I think so.

"The rules were created to provide a good show. If the fans like it, if the show is there - who are we to change it?

"We are actors and we need to provide a show, I understand all of that. If that's happening, then happy days.

"It's just for us, the athlete in the car, we go to the simulators and spend days and days there.

"I'm never home, I'm working my ass off to try and win this thing - you come here and execute your day perfectly and you have to start P9.