Jerome D'Ambrosio, Edoardo Mortara and Oliver Rowland have all been given three-place grid penalties for ABB FIA Formula E's Monaco race after causing collisions in the Paris E-Prix.

Several factors created a chaotic event in Paris, where FE had its first true wet race. It featured multiple incidents, which led to four full-course yellow activations and a safety car period.

Turn 3 - the best place for overtaking - was a particular flashpoint, but Mortara's collision with Alex Lynn at Turn 13 caused the biggest interruption.

Mortara dived to the inside of the corner as Lynn turned in and ended up with the front of his car underneath the Jaguar as they went into the barriers on the outside, with the safety car coming out to allow the wreckage to be cleared.

The Venturi driver told Autosport that he was to blame for the collision that forced both drivers into retirement.

"The move was probably a bit on the optimistic side," Mortara said.

"He said he didn't see me and turned in. Unfortunately, I hit the wall and it sent me into the [other] wall. It's unfortunate but these things happen sometimes." 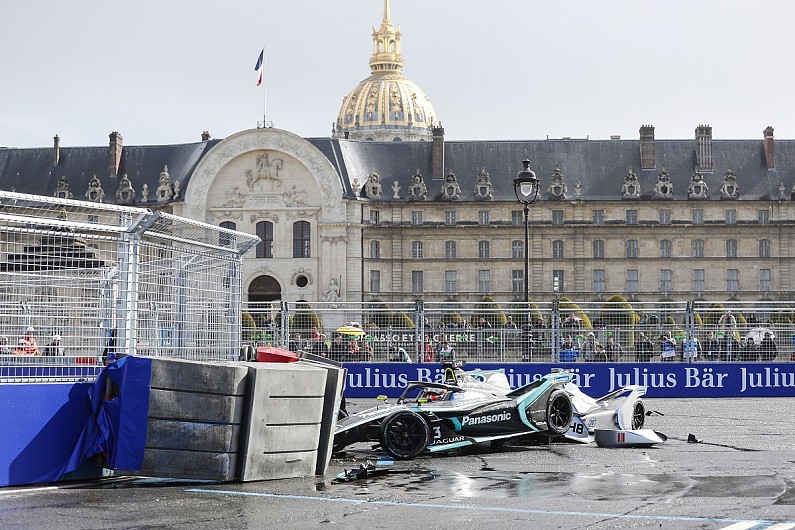 Lynn added: "Maybe he just made a mistake and just locked up and ran into the back of me.

"I think my car was already at the kerb by the time [we touched] and he just pushed me into the barrier."

D'Ambrosio's penalty was for hitting Sam Bird at Turn 3 during a heavy period of rain, with the clash spinning the Envision Virgin Racing driver into the barriers - although he managed to continue and finished 11th.

"[Bird] locked up, I locked up, we both went a bit wide and he came back and that was it," d'Ambrosio, who picked up a five-second time penalty early in the race for taking his first attack mode too early and crashed out at Turn 3 later on, explained to Autosport.

"It's very tricky out there - it's easy to make a mistake. I think he was a bit in front, came back and I couldn't avoid him."

Bird told Autosport that he was "sick of getting hit" after a three-race run in which he has been involved in collisions.

He added: "D'Ambrosio had lost control of his car and smashed into me and put me in the wall. I got a massive hit from the rear and it sent me into the wall.

"So that's my feeling, obviously. I've spoken to Jerome and he feels otherwise. That's about it."

Rowland, who started the race in pole position following Pascal Wehrlein's disqualification from qualifying, was penalised for colliding with Alexander Sims on the approach to Turn 3 seconds after d'Ambrosio hit Bird. 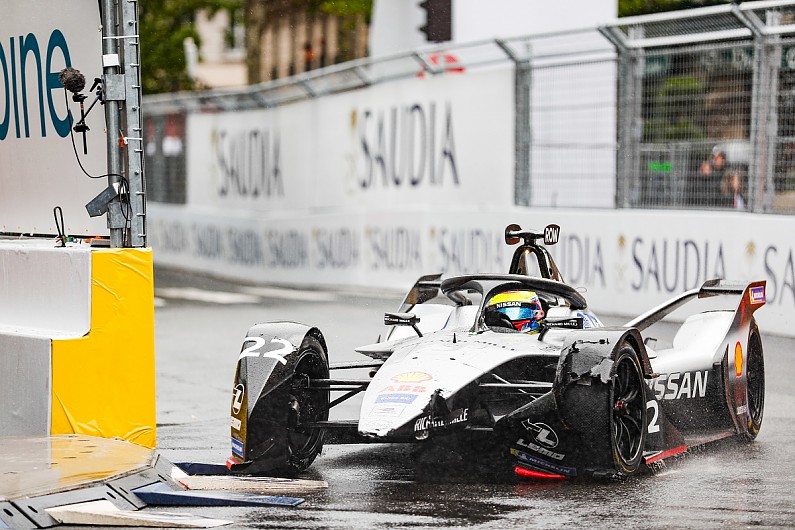 Rowland had gone into the Turn 3 barriers by himself while leading early on, and was attempting to overtake Stoffel Vandoorne when the clash with Sims occurred.

"I passed Stoffel on the brakes into Turn 3 and there's no grip, you can't see anything," Rowland, speaking before he was aware of an investigation into the clash, told Autosport.

"I just locked the inside wheel again a little bit and he was kind of on the outside and just there and I hit [him].

Sims, who retired from the race as a result of the collision, told Autosport that Rowland had apologised.

"I can't say too much," he said, "I was just braking for the corner and then in the middle of the corner, I got hit pretty hard."