Vandoorne's McLaren spell coincided with the tail-end of its acrimonious spell using Honda engines, and while he compared solidly to team-mate Fernando Alonso in his first year in F1, his results dropped significantly in 2018 when the team switched to Renault power.

Vandoorne was then dropped by McLaren at the end of the season and he linked up with HWA, which will become the Mercedes operation in the 2019/20 FE season.

HWA has struggled so far in its first FE season. Both cars finished for the first time this season last time out in Mexico, but it is yet to score any points.

When asked if his McLaren experience would benefit him at HWA, Vandoorne told Autosport that it "probably" would.

"I've definitely been used to being in tough situations over the past couple of years," he continued.

"I know how to deal with those and how to be in the current situation we are in now and the exciting part is that everyone is new in the team.

"We know that we have a lot to learn and there's a lot of talented people there too.

"Especially knowing where the team will go in the future, that brings confidence.

"It's about doing everything correct operationally this year and to be ready [for Mercedes], the future is looking good.

"Every time I get in the car and go through the procedures and do the race, I feel I make steps and that's the same for the team too." 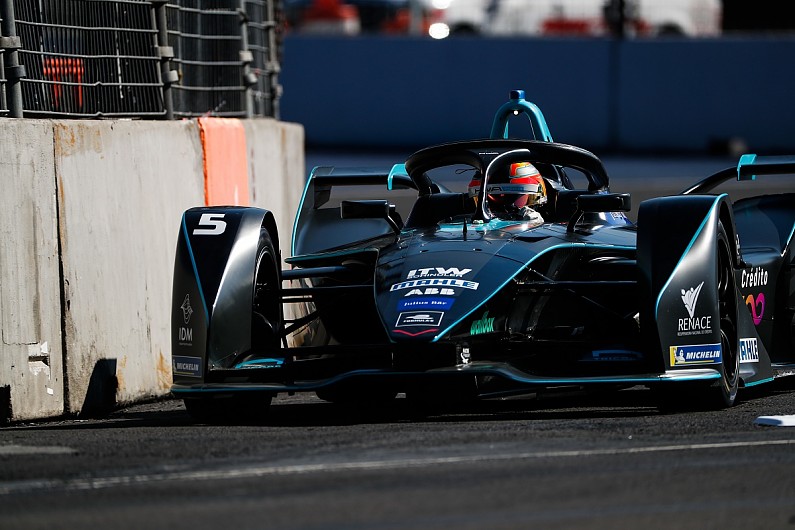 In Mexico, Vandoorne's car shut down twice on the opening lap after it developed a software glitch.

He also then received two fanboost-related penalties during the race.

The ex-F1 driver had said ahead of the Mexico City E-Prix that HWA's learning curve means its performance cannot be judged until the end of the season.

"It's always hard to judge," he said. "There's a good group of people and everything is there to make it work.

"It's a matter of time before everything falls into place. We can't forget that this championship is so unpredictable.

"It's hard to tell where we would be exactly, it's very close between the cars, it opens up a lot of opportunities."