Alonso is currently driving for Toyota in the World Endurance Championship alongside his F1 commitments with McLaren as part of his bid to earn a motorsport triple crown - which included his 2017 attempt to win the Indianapolis 500.

The retired 2016 F1 world champion Nico Rosberg is an FE investor , and Alonso's former Ferrari team-mate Felipe Massa was recently announced as a Venturi driver for the 2018/19 season.

When asked about Alonso's quest to succeed in different areas of motorsport, Agag told Autosport: "I would love to have him."

"We actually used to sit in the Renault motorhome with his father and his manager to watch [F1] races.

"He is obviously an incredibly talented driver and it would be a privilege for us to have him here. He wants to win other stuff first - let's hope he makes it quick." 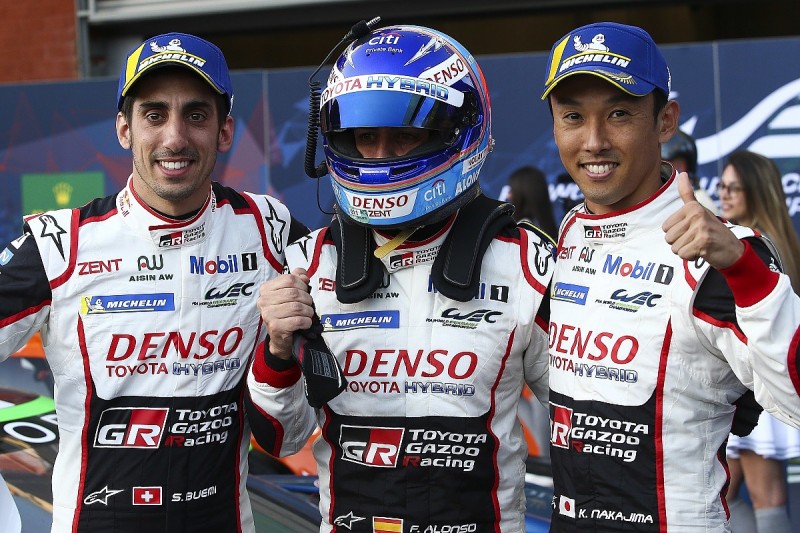 Alonso shares the #8 Toyota car in the WEC superseason with Renault e.dams driver and 2015/16 FE title-winner Sebastien Buemi (pictured above).

Buemi and Kazuki Nakajima raced alongside Alonso for this first time as they triumphed in the WEC opener at Spa last month, and the Swiss driver explained that there had been no issues gelling as a crew across that event.

"It was good - it felt very natural," he told Autosport when asked what it was like to share the Toyota with Alonso.

"It did not feel like 'ahh it's a new team-mate, we have to know each other more' - it was good.

"I really enjoyed working with him and he's done a great job. Everything is looking good so far."

Alonso's arrival in the WEC paddock as a driver in the endurance series generated a considerable amount of attention at Spa, which Buemi reckons is a positive consequence of his team-mate's profile.

"It's amazing for the championship, for Toyota, for everyone involved, to have such a big name coming in," he said.

"Just hopefully we can write a good story - that's what counts at the end.

"It was good to see that he had all this attention, but at the end of the day what we want is to win on the track and that's what everyone in the team is caring about."