Porsche "never" considered establishing a Formula E feeder squad in a similar arrangement to Mercedes and HWA, according to its former LMP1 team boss Andreas Seidl.

Porsche will enter FE for the 2019/20 season, one year after Mercedes-specialist HWA joins the series as a customer of the Venturi team.

Seidl attended the recent Berlin round as part of a Porsche fact-finding delegate that included head of group motorsport Fritz Enzinger and brand ambassador Mark Webber.

He explained that the Porsche FE entry will be run out of the manufacturer's Weissach base, where it has already begun working on the powertrain it will use in the electric championship using the high-voltage laboratory it built for its LMP1 project.

"We approach Formula E similar to how we did LMP1, which means that both the development but also the entire race operation will be run from Weissach as a full works effort," Seidl told Autosport.

"It was never a topic to run an FE season with a car which doesn't have any single Porsche bit in, so this is why the option was never there to do something like HWA is.

"It was clear that we would only start doing Formula E once we have our own powertrain in place, which wasn't possible - similar to Mercedes [which also joins in 2019/20] - for season five in terms of timing."

"We are aware how tough this competition will be," he said. "Especially considering that we go into competition against manufacturers which are already in for five years when we enter.

"This is why we approach this challenge quite humbly and with a lot of respect, but at the same time, with us now having history of the team with the LMP1 business, we have a good foundation to be competitive as quick as possible."

Porsche's FE powertrain is being tested in the same facilities as its 'Mission E' electric road car, and the manufacturer will not receive its Gen2 cars until January 2019. 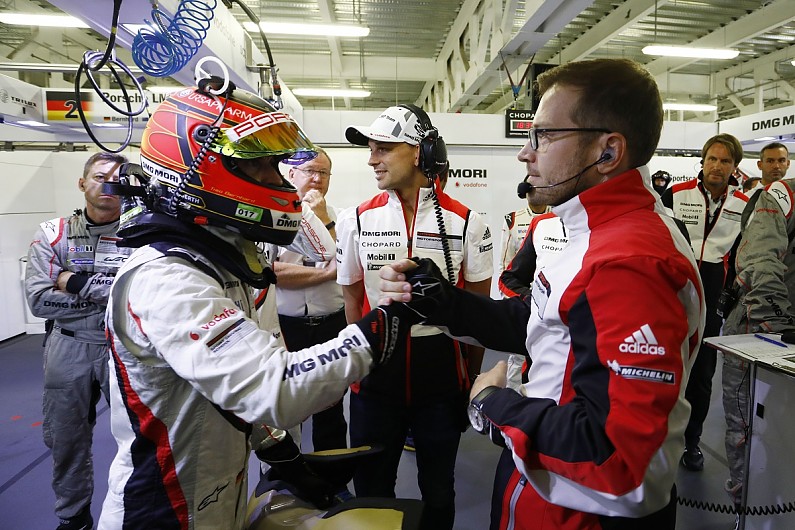 Seidl said Porsche will have to make a decision about its FE line-up at the same time.

He previously stated that its former LMP1 drivers will be considered for FE drives, but again emphasised their employment was not guaranteed.

"On the driver's side we probably have to make a decision in the first quarter of 2019," he said.

"Similar to the LMP1 programme, our focus initially will be to see first which drivers we have inside the Porsche family because we try to be loyal to these guys first.

"But at the same time, I have to make the decision.

"Can I really afford to go into Formula E without having a driver who has Formula E experience? That's something I have to figure out in the next month."