Formula E is not going ahead with a plan to drop the controversial qualifying group lottery for the 2017/18 season.

Since FE's inception qualifying has taken place with the 20-driver field split into four groups of five, and those groups have been decided by a lottery.

It was tweaked for 2015/16 so the five fastest qualifiers from the group stage progressed to a 'superpole' session, with the rest of the grid set by the fastest time.

The format is entertaining but has also drawn criticism from some drivers and teams because certain tracks disadvantage those who run in the first group.

A proposal was made to decide groups by championship order instead, keeping rivals together and ensuring no significant influence from variables like changing weather.

At least one driver thought this change had been confirmed, but Autosport understands team representatives were informed otherwise in a meeting at Valencia during pre-season testing last month. 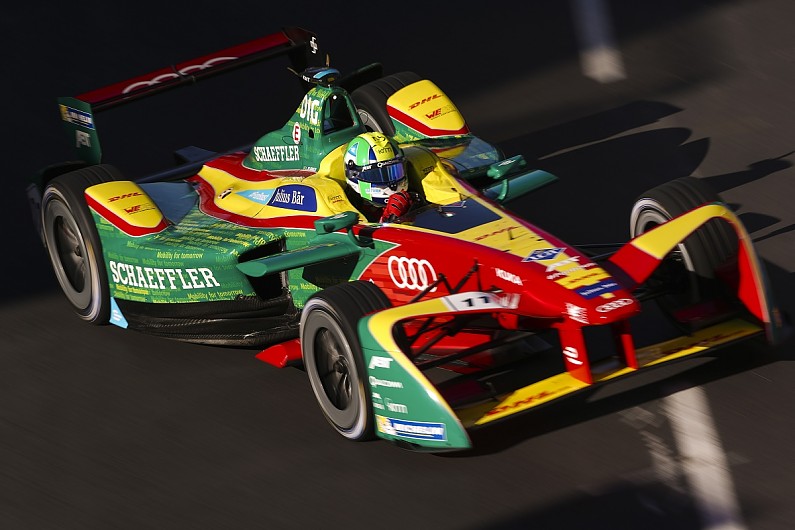 FE champion Lucas di Grassi was drawn in groups affected by rain at the Battersea Park finale in the 2014/15 and 2015/16 seasons, but then benefited by title rival Sebastien Buemi having to qualify in the opening group for the 2016/17 decider in Montreal.

"You cannot let this stuff [come down] to luck.

"It would be very good to put the drivers in the championship in the same group."

Buemi said he was expecting the change but heard it had been axed halfway through the Valencia test.

"When you go to a track when the lottery plays a big role - we had two tracks, Montreal and Mexico, where it was very bad to qualify in group one - it could destroy your weekend."

Di Grassi revealed Sam Bird had suggested a format a year ago, which had been passed on to the series but not adopted.

"The groups would be random, four groups of five," he explained. "The top three go up to the second level.

"Then you have two groups of six, and the best three and three go up again. Then you have the superpole of six and the rest of the grid is set by time.

"This way everyone's at the same level. It doesn't matter if it's raining or not, you just need to be the best of your group.

"It's just one stage more and could be interesting."

Di Grassi also proposed a "full entertainment" race format involving a pre-final and a final, with the grid for the pre-final set by the reverse order of the championship.

"You would have the final race of the year with four or five guys fighting for the championship," he added.

"Have bigger gaps between the points-paying positions, and every fight matters.

"That would be cool."