Sam Bird claimed his first Formula E victory in more than a year in a frenzied opening race for the series' New York double-header. 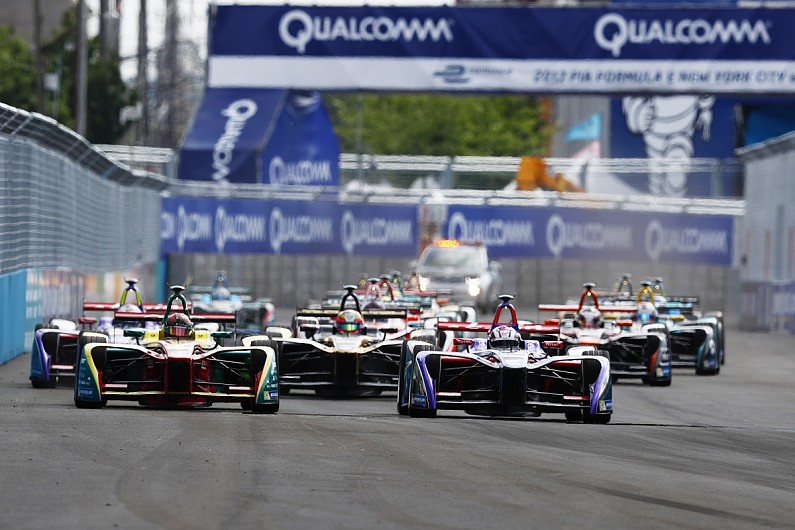