The DS Virgin Racing driver clinched his first win in over a year on Saturday, and will start from the front of the grid on Sunday after edging Felix Rosenqvist by less than a tenth in qualifying.

Bird set a 1m02.285s in the superpole session, which Rosenqvist then failed to match by just 0.037 seconds.

Lynn toiled by comparison on day two, and will start the second race on the ninth row of the grid in 17th. 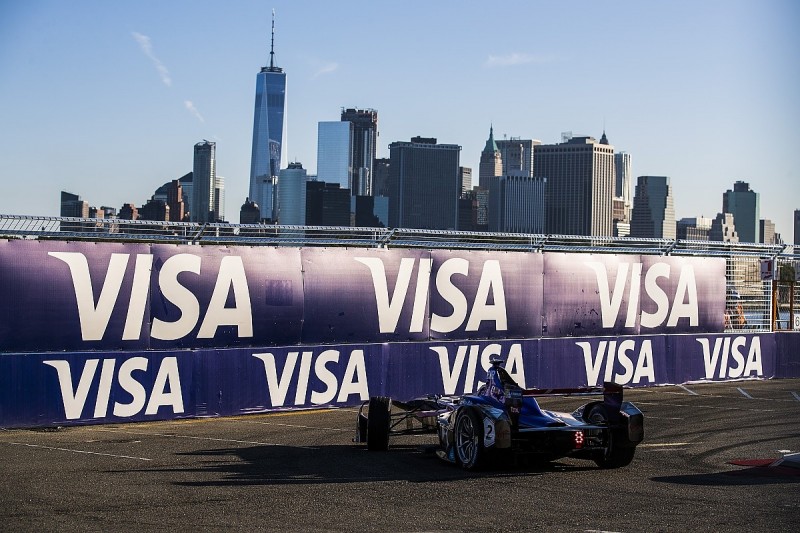 Jean-Eric Vergne will line up third alongside Renault e.dams rookie Pierre Gasly, who made a mistake on his hotlap.

Gasly, subbing in for absent championship leader Sebastien Buemi, scored points on his debut and then topped the group stage of qualifying on Sunday.

He had to settle for fourth after his error, although still managed to get ahead of Mahindra's Nick Heidfeld, who had a scruffy lap.

Heidfeld's last-gasp flier in the final qualifying group dumped Maro Engel out of the superpole.

The Venturi driver will be pleased with a row-three start after a difficult Saturday race.

Oliver Turvey will start seventh in his NextEV entry ahead of the two Abt-run Audi drivers, Daniel Abt again getting the better of title-contending team-mate Lucas di Grassi.

Tom Dillmann hit the wall in practice, but bounced back to join team-mate Engel in the top 10.

Nico Prost was just 15th-fastest in the second Renault e.dams.