Engine company Mecachrome and prototype constructor ADESS are part of a group bidding to win the tender for the Formula E chassis supply contract.

TEOS Powertrain Engineering has lodged a bid to the FIA to be the electric single-seater championship's control chassis supplier from the 2018/19 season.

The French firm has established a consortium comprising its parent company Mecachrome, ADESS and composite companies CDK Technologies and ECM.

Mecachrome has a long history in Formula 1, preparing Renault's supply to independent teams in the 1980s and then taking on the customer programme for the ex-Renault engines for squads including Williams during the gap between the end of the firm's 1990s works deals and its return with a factory team.

It retains an assembly role in Renault's F1 engine programme, and supplies the engines for the GP2 and GP3 categories.

Its bodywork has narrow sidepods enclosed by C-shaped winglets and large covered wheel arches that are connected to both wings in place of conventional endplates.

It is the second project to have released a concept for the future of the Formula E car, although the previous Pininfarina-designed Mahindra offering was not part of a firm bid to win the tender.

Autosport understands multiple bids have been lodged for the chassis and battery supply contracts.

The FIA is currently reviewing all bids and plans to announce the successful tenders at the next meeting of its World Motor Sports Council in Turin on June 24. 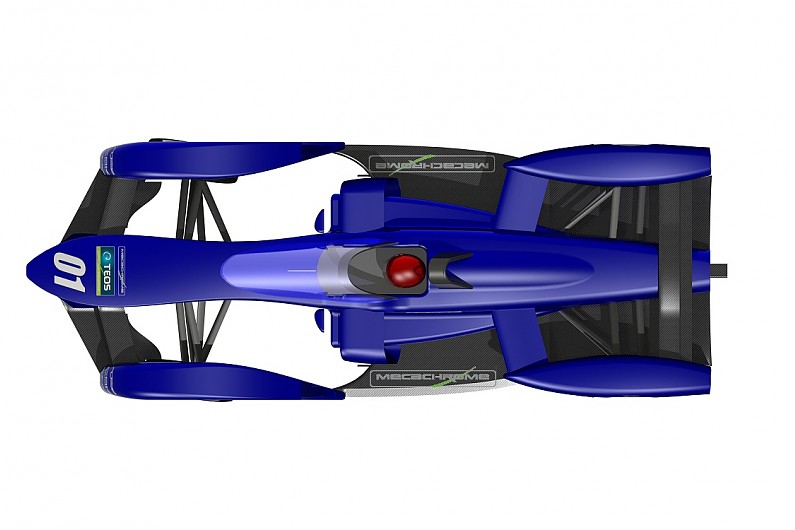