Mahindra and legendary design company Pininfarina have created a series of concept designs intended to inspire the look of the next-generation Formula E car.

The all-electric single-seater series launched a tender process last month for a new single-make chassis supplier, with at least one "futuristic" design part of the criteria.

Mahindra wants its designs to influence serious debate over the aesthetics of the Formula E car, and wants fan feedback via the use of #FormulaEConcepts on social media sites Facebook, Twitter and Instagram.

Dilbagh Gill, Mahindra Racing team principal and head of the Formula E Teams Association, said there were other, more radical concepts in the pipeline.

"We thought to start with we'd put out the milder versions," he told Autosport. "We want to make it clear it's still at a very early stage, to facilitate the discussion.

"We have an interest in a car that's relevant four or five years down the line from season five, so 2022-'23. That's where we need this leap of faith.

"We are really keen to have something futuristic and not something similar to what's already out there."

Italian design house Pininfarina is most famous for its work with Ferrari.

Fabio Filippini, the company's chief creative officer, said he was thrilled the firm was able to engage in a Formula E-based project after it was purchased by the Indian Mahindra Group in December last year.

"Formula E is one of the most exciting signs of the changes under way in the automotive world as well as in motor racing," he said.

"Exercising our creativity on these sketches allowed us to imagine the evolution of this formula.

"A possible contribution of Pininfarina to the future development of a Formula E car would be a highly motivating challenge, fully consistent with our mission of creators and innovators in the automotive field."

Anand Mahindra, chairman of the Mahindra Group, added: "While these innovative designs are a creative project at this stage, I would be thrilled to see the M5Electro look like this." 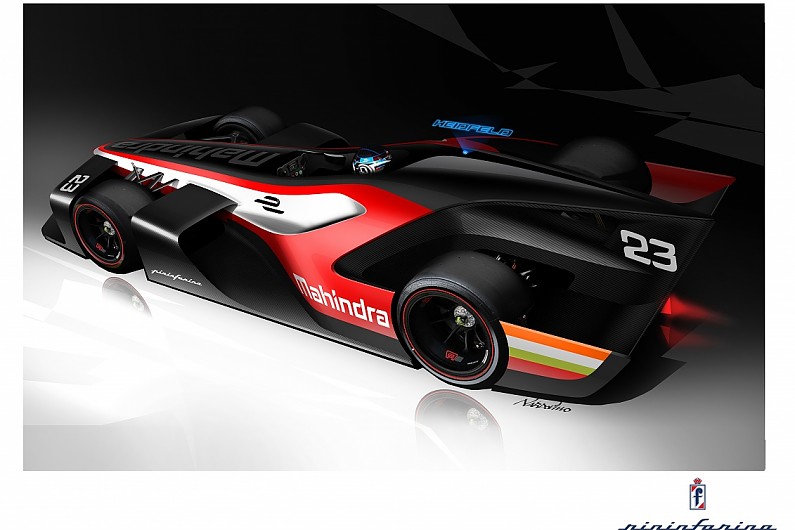