Enaam Ahmed has parted ways with the Carlin team just three races into the 2020 FIA Formula 3 season, and will be replaced by Ben Barnicoat for this weekend's Silverstone round.

Ahmed, 20, endured a difficult start to his first season in the F1-supporting series, failing to score a point in either Red Bull Ring round or the following pair of races at the Hungaroring, and had a highest finish of 14th place.

Ahead of this weekend's fourth round of the series at Silverstone, Carlin announced via social media that "Enaam Ahmed and his sponsors have parted ways with the team" and revealed Barnicoat, who drives for the team in European Le Mans Series, as his replacement.

Former McLaren F1 junior driver Barnicoat, now a factory driver for the British marque's customer racing programme in GT3s, will be making his first outing in a single-seater since his one and only season in the now-defunct European Formula 3 series in 2016.

Ahmed dabbled in sportscars briefly with an appearance in the Bahrain FIA World Endurance Championship rookie test in December for the G-Drive Racing LMP2 team. 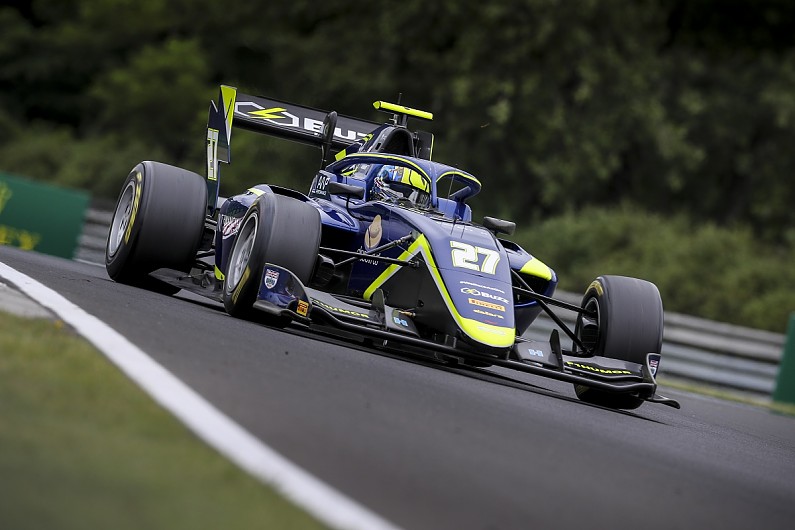 Last year he raced in the All-Japan Formula 3 series, placing third overall, while in 2018 he matched Barnicoat's ninth-place finish in European F3 driving for the same Hitech team.

Barnicoat will partner regular Carlin drivers Clement Novalak and Cameron Das in the F3 team, which returned to the series following its rebrand from the GP3 Series to F3 last year.

Carlin had previously raced in GP3 from its inaugural year in 2010 up until the end of 2015, and won the teams' championship in 2014 as lead driver Alex Lynn won the drivers' title.

The team sits seventh in the F3 teams' standings with 13 points, all courtesy of Novalak - who managed a podium finish in the second race in the Red Bull Ring's first round.