FIA Formula 3 Championship leader Oscar Piastri was "incredibly lucky" to survive his first-corner collision unscathed on his way to victory in race one at Austria, Prema Racing says.

Renault F1 Junior Piastri was caught between slow-starting poleman Sebastian Fernandez, to his outside, and front-row starter Lirim Zendeli to the inside as they approached Turn 1.

Australian Piastri was half a car length back when Fernandez turned in from the outside, contact launching the Spanish-Venezuelan into retirement and also knocking Piastri into Zendeli.

Prema team manager Ralf Aron told Autosport: "He was incredibly lucky - there were marks on both sides of the car and the wing and everywhere, but nothing was broken, nothing was bent.

"But although he was lucky, in my eyes he didn't do anything wrong.

"From the replay, he got contact from the left [from Fernandez], and he was knocked to the right [into Zendeli] because of it."

Aron was a five-time race winner and 12-time podium finisher in the old F3 European Championship from 2016-18, spending two seasons with Prema in that series and a further year in 2015, when he won the Italian Formula 4 Championship.

He then gave up racing, and became team manager in 2019 of Prema's Formula Regional European Championship squad at the age of 21, overseeing Frederik Vesti's run to the title.

Thanks to the new coronavirus protocols, Formula 2 and F3 teams are currently having to operate in their own bubbles, with staff not allowed to transfer between the teams on a race weekend. 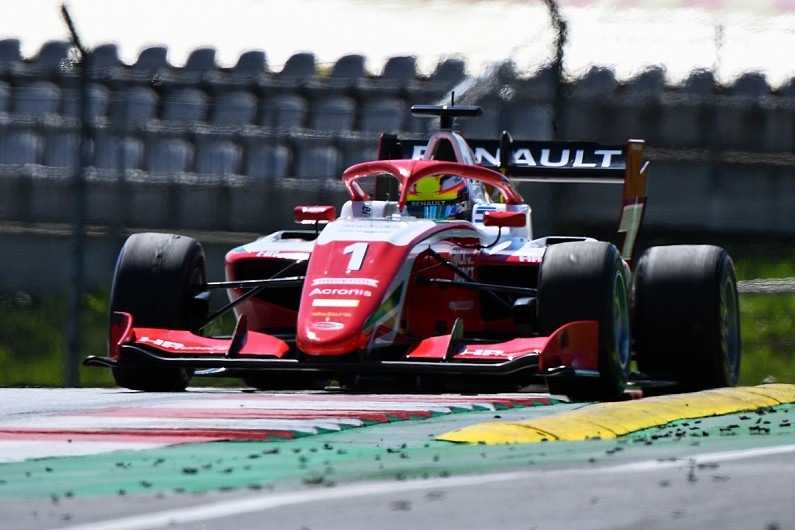 "I was working with the Regional team in testing when I had a call from Rene saying, 'We have new rules and we need you to work with the F3 team'," said Aron.

"It's the same with ART - my brother Paul [a Mercedes F1 protege] is racing for them in Formula Renault this season, and their Renault team manager Mathieu Zangarelli is working with the F3 team.

"At the beginning, team management was a little bit stressful and I didn't know how to enjoy it as much as driving, but the more I've done it the more I like it and the more confident I get.

"And it went really well - we won the Regional championship last year for drivers and teams."

While Piastri said after the Red Bull Ring race that he was worried about tyre degradation, Aron said it wasn't such an issue, with Piastri, Sargeant and Vesti finishing first, second and fourth respectively.

"Once Oscar got a big enough gap he was instructed to manage it, and Logan was pushing to get a gap for DRS [to try to get out of range of third-placed Alex Peroni].

"It all looked good for tyres in the second half of the race and we're pretty confident for tomorrow.

"Degradation doesn't seem to be an issue at all - just if they push and fight they might have some overheating."