Sophia Florsch will return to the Macau Grand Prix, the scene of her enormous crash last year, with event debutant HWA in 2019.

After hitting the back of Jehan Daruvala's car at Lisboa in last year's race, Florsch's Van Amersfoort Racing-prepared car was launched airborne and into a photographer's bunker in the 2018 event.

Florsch had to have a seven-hour operation and suffered a spinal fracture, but made a full recovery and finished seventh in the standings of the new Formula Regional European Championship this season.

The German driver has benefited from a link-up with HWA over the past year and a half, and tested the team's FIA Formula 3 car in the post-season test at Valencia earlier this week.

"I'm delighted to be driving in Macau again," said Florsch.

"It was my first race there last year.

"Until my accident it was the most amazing event I had ever contested.

"The track is incredible! It is so much fun to drive.

"The fact that I achieved that this year already shows that you can make your dreams come true when you believe in yourself and work hard at them." 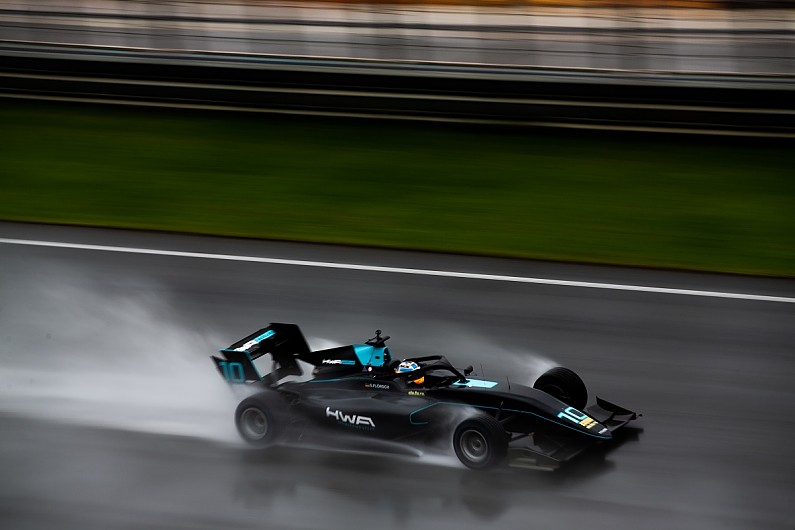 Speaking to Autosport after the Valencia test, the 18-year-old said no second thoughts had entered her mind about Macau.

"For me it was always clear that I wanted to go back, because the event is mega, the race track is incredible, especially with the new car, it's ultra nice to be driving through the streets of Macau again, so there was never really any caution [on the decision to race there again]," added Florsch.

"Family and friends, everyone is supporting me let's say."

Florsch's crash last year triggered an investigation into the circuit, and that combined with the arrival of the new, faster FIA F3 car means a number of safety changes have been made to the track, to also allow it to obtain a grade two circuit homologation from the FIA.

After Florsch's first experience of the FIA F3 car at Valencia, said she is likely to make the step up and compete in the full championship next year.

"Next year is going to be even higher [level], and I'm really happy it will be with HWA - nothing is signed yet so I can't say 100% - but it seems like I'm going to do it [FIA Formula 3] with HWA next year so that's of course pretty cool," Florsch added.

HWA will make its Macau debut at the end of its first season in single-seaters, taking fifth in the teams' standings while Jake Hughes scored seventh in the drivers' championship.

Hughes will compete alongside Florsch and Keyvan Andres at Macau, completing its line-up.

Alongside Florsch, the remaining TBAs on the Macau entry list have been filled.

Joining Ahmed at Campos is Leo Pulcini, who raced for Campos in GP3 on his way to fourth in the championship in 2018. He had a lacklustre season for Hitech Grand Prix in FIA F3 this season.

Alessio Lorandi's return from injury continues. He was back out in a car for the Valencia test for the first time since 2018 when he raced in GP3 and F2 with Trident, and the Italian joins his home team for Macau.

Arjun Maini completes Jenzer Motorsport's line-up, after a season where he left a Trident F2 seat for LMP2 and sportscars, but later returned for sporadic F2 outings with Campos.

Richard Verschoor races for the MP Motorsport team he contested FIA F3 this season with, while Frederik Vesti had already been announced as the injured Daruvala's replacement at Prema Racing.