Florsch skated along the barrier after hitting the back of Jehan Daruvala's car on the long run to Lisboa, and was then launched over the apex kerb, into Sho Tsuboi's TOM'S Dallara-Toyota and through the catch fencing into a photographer's box.

The car was allowed to launch because there was a gap between the inside wall and the kerb on the approach to the corner, but this has been significantly reduced for the 2019 race weekend - as shown in the inset photo.

This should instead direct cars away from the apex kerb and towards the runoff area beyond the corner, which has been widened.

The fencing behind the corner remains in place, supported by a secondary row of fences around the grounds of the Lisboa hotel, while new tyre barriers have been added. The photographer's box that stopped Florsch's car has also been removed.

That is among seven modifications made to the circuit for this year's race, and was also necessary to ensure the track received Grade 2 circuit homologation for the first running of the event for FIA Formula 3 cars. 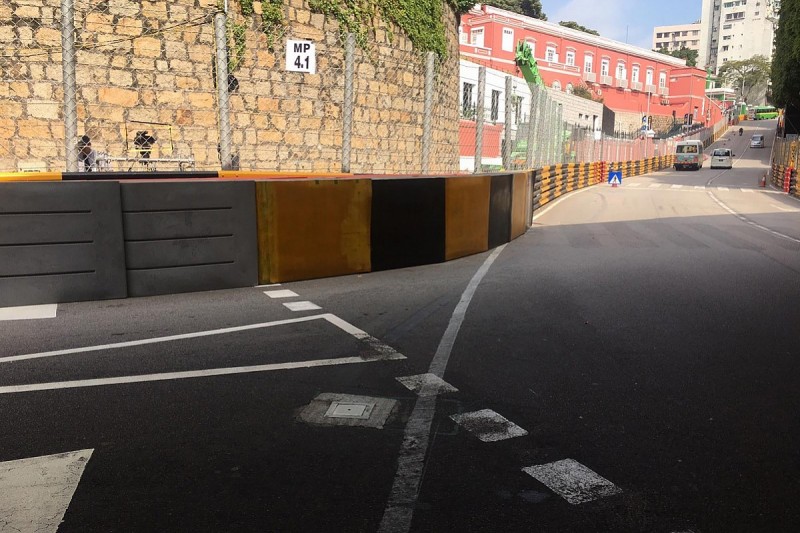 Barriers at the Reservoir and Mandarin kinks have been realigned, while SAFER barriers have also been installed at both.

Tecpro barriers have been added at the San Francisco corner that follows Lisboa, instead of a protected tyre stack that was in place last year, while the original barrier has also been adjusted.

Foam protection mattresses are also in place at various points around the circuit, including on the exit of the first-gear Melco hairpin and at Fisherman's.

One DRS zone for FIA F3 in Macau 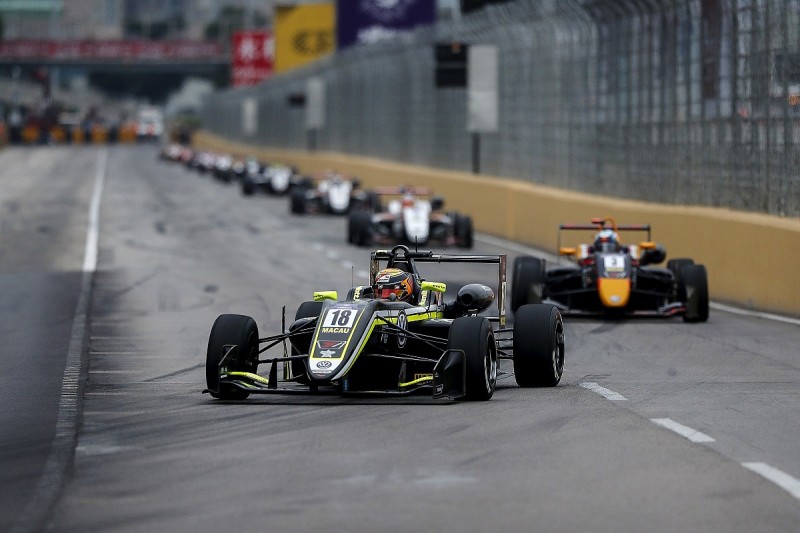 The FIA F3 World Cup cars will have access to the DRS for the first time this weekend, with a single zone following the Mandarin corner.

The Macau Grand Prix has new machinery this year, adopting the cars used in the new FIA Formula 3 Championship.

It is the first time an F3 car has been fitted with DRS, and Macau was expected to make use it.

Shortly after the start finish straight the cars reach the quick right Mandarin kink, which leads onto a straight to the infamous 90-degree right-hander at Lisboa.

The DRS activation point will be on the straight following the start finish line. Cars will have to be within one second of the competitor in front to have access to the overtaking aid, as per in the FIA Formula 3 Championship.

"We were already arriving to Lisboa corner very quick. With DRS I'm not sure how quick it's going to be.

"I was definitely one of the guys for having DRS because it gives an extra opportunity to overtake.

"In the simulations they say the top speed will be 285 [km/h], but again they haven't taken into consideration you can often have a 15-car slipstream.

"I think the top speed is going to be really quick."