Macau Grand Prix organisers have stated they intend to run their Formula 3 classic for the new FIA F3 cars, although circuit changes will likely be required to accommodate them.

Macau Grand Prix Organising Committee sporting coordinator Chong Coc Veng confirmed 'the intention to introduce the FIA Formula 3 Championship car to the Guia Circuit' in an announcement made about the 17 November race's title sponsorship, which added that 'details regarding implementation were still under discussion'.

The statement also said 'it is expected that the majority of the grid for Macau will be made up of FIA F3 Championship drivers'.

The move, which will have to be ratified by the FIA - which grants FIA F3 World Cup status to the event - would bring to an end a 36-year period of the race being run to the previous FIA F3 concept.

The race will not be part of the FIA F3 Championship promoted by the company of Formula 2/FIA F3 chief Bruno Michel, although the Frenchman left the calendar free for Macau by scheduling the final round as the Russian Grand Prix support at the end of September rather than making it finish at the Abu Dhabi GP as predecessor series GP3 had.

Teams have told Autosport that they believe the race will be for the new FIA F3 cars, subject to FIA confirmation.

One obstacle to the new cars was the Macau Guia circuit's homologation by the FIA as a Grade 3 track.

Under the power-to-weight rules guiding what is eligible to compete on different circuit grades, Macau was not homologated to allow the new FIA F3 cars. 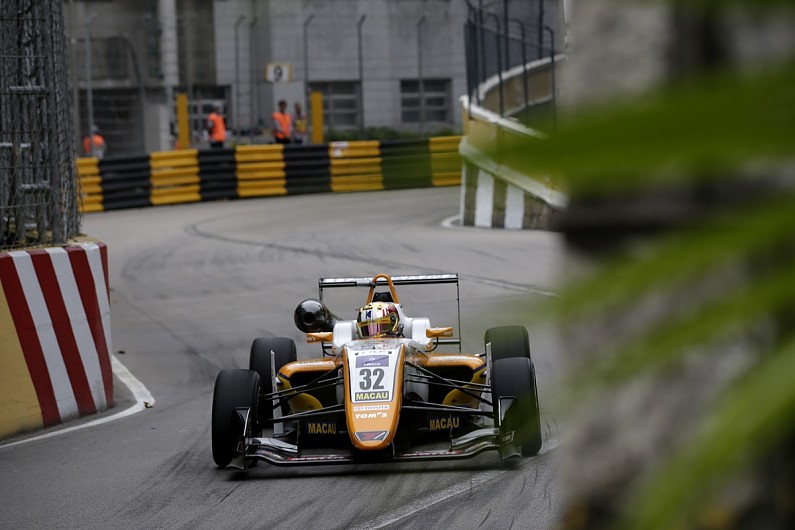 Its last period of homologation ran out after the 2018 Macau GP, and in the latest updated list published by the FIA last December the circuit did not appear under any category.

Autosport understands that the late Charlie Whiting indicated that only minor changes - none to the layout - would be required to move the circuit homologation into Grade 2, meaning the circuit could host the FIA F3 machinery.

Sources in Macau have indicated that such changes could be centred on the trackside furniture around the Lisboa bend, where Sophia Florsch suffered her horrific accident in 2018.

Florsch's shunt was a major influence in the race-organising AAMC favouring the retention of the older F3 cars, which are still homologated until the end of 2019, for this year's race.

The new FIA F3 cars are substantially faster and heavier than the old cars, meaning an accident of a similar nature would carry significantly greater momentum.

But any decisions have to be signed off by the Macanese government via its organising committee, which renews its deal with the FIA on an annual basis.

There were also parties lobbying for a switch to the FIA's Regional F3 category, which made a successful start in 2018 with an Asian series organised in China, and has spread to Europe this year with the Italian-run Formula Regional European Championship.

Autosport has contacted the FIA for comment on the Macau situation.