Carlin's Red Bull Juniors will be a major threat for the FIA Formula 2 Championship this season, despite failing to score points in the opening round at the Red Bull Ring.

The Italian is not ruling out Carlin pair Jehan Daruvala and Yuki Tsunoda, after both F2 rookies showed great speed in Austria before their weekend began to unravel in the second half of qualifying.

"At the moment the guys to beat are the ART guys [Marcus Armstrong and Christian Lundgaard], the Virtuosi guys [series leader Callum Ilott and Guanyu Zhou], and also from the potential they have shown the Carlin guys," said Rosin.

Japanese Honda protege Tsunoda topped free practice on his F2 debut, while Daruvala and Tsunoda were second and fourth quickest respectively on their first runs in qualifying.

But a red flag when the field were on their second sets of tyres scuppered the Carlin drivers, and Daruvala and Tsunoda slipped to sixth and 12th, respectively.

"They didn't get a lap on their second set of tyres because of the red flag," Carlin told Autosport.

"We were down the far end of the pitlane, so they were on a push lap when the red flag came out.

"We were in danger of being first and third or second and fourth, but they just didn't get a second run and it was all over."

Running in the tight midfield pack, Tsunoda then embarrassingly tapped Daruvala into a spin at the Turn 3 hairpin on the first lap of the Saturday race.

Daruvala had recovered to a points-scoring position of ninth by the time there was a late safety car, before, said Carlin, "he didn't quite have enough brake temperature or tyre temperature, went wide, lost momentum, locked up and damaged the left-front tyre massively.

"From then on he was in damage-limitation mode, and he did really well to finish." 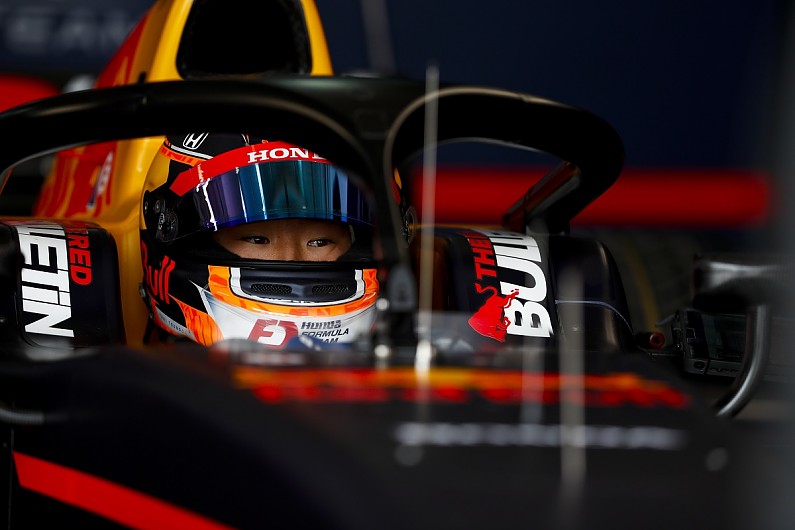 After pitting for repairs, Tsunoda finished a lap down in 18th, but raced to 11th in Sunday's sprint race, while Daruvala was a penalised 16th following a collision at Turn 4 with Luca Ghiotto.

Carlin believes that Daruvala and Tsunoda will both be in contention for wins, starting from this weekend's second Red Bull Ring event.

"Absolutely," he said. "I'll be disappointed if we don't get both cars in the top five in qualifying.

"We should have had both in the top four in qualifying last weekend, and that means results, certainly in race one, especially as overtaking is not the easiest around there because everyone is in a DRS train."

While the form of Daruvala, third in last year's FIA F3 Championship last year, is no surprise, Tsunoda has been a revelation at the start of just his second season in Europe.

"He's superfast, and he's a sort of wolf in sheep's clothing - he reminds me of Narain [Karthikeyan, who scored the Carlin team's first ever wins, in British F3 in 1999]," said Carlin.

"He's just a tiny little Japanese kid, but put him in a car and this monster comes out - he's proper good, proper fast."