Qualifying was divided into two 15-minute spells, the first featuring drivers with odd car numbers, and the second session for those with even numbers.

It was the first that proved the most dramatic, with Norris crashing into the wall at the exit the second part of the swimming pool section.

Norris is also under investigation for blocking Albon. A wing piece from Norris's car kicked up into the session-topper's F2 2018, but luckily no damage was done.

One piece of good news for Norris was title rival George Russell also struggling. The Mercedes Formula 1 junior lost the majority of practice this morning with engine trouble, hurting his ability to learn a track he has never competed on. He'll start 18th, one spot behind Norris.

Albon - the third of the early title contenders with Russell and Norris - was forced to watch the second session nervously, wondering if anyone could beat his benchmark time.

Artem Markelov produced his best qualifying session of the season yet to take third on the grid, after the executing an unusual strategy of staying out early and giving his tyres extra time to warm-up, while also ensuring he had a clear track as other cars pitted.

He initially went 0.6s quicker than the rest of the field in the first group before Albon delivered the killer blow. 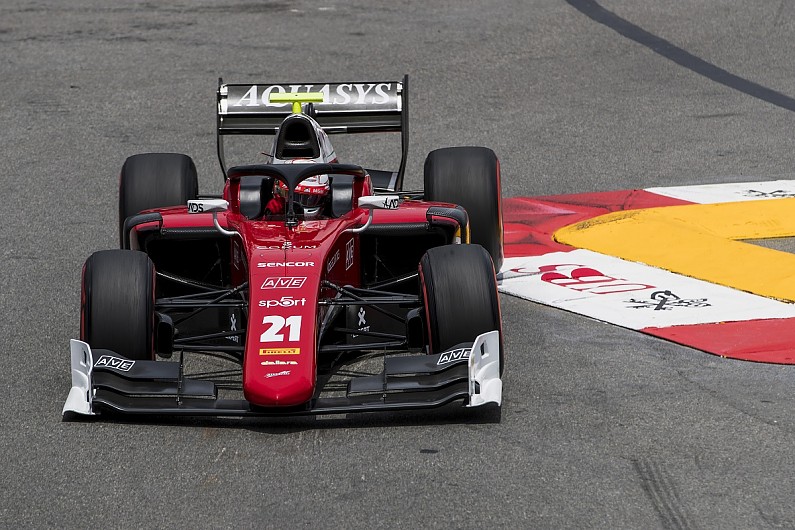 Antonio Fuoco also starred in that session to take fifth after crashing in the morning practice, behind Brazilian Sergio Sette Camara.

He ended the session in the wall at Ste Devote on his final flying lap, and said "I think I broke my hand" on the radio after the session. His Carlin team later said that Sette Camara was sore and bruised but fit to race.

Luca Ghiotto rounded out the top six from the second session for Campos, to continue his strong run of form after two points scoring outings and a third position start at Barcelona.

Maxi Gunther is set to start seventh, but is under investigation for missing the weighing bridge after his rapid lap in the first session.

As it stands, he heads Trident team-mates Arjun Maini and Santino Ferrucci, who both had a number of offs at Barcelona and have recovered strongly thus far.