Mercedes Formula 1 boss Toto Wolff says it feels like George Russell has been driving for the team "forever" after his first run of races for the squad.

As a Mercedes junior Russell was farmed out to Williams for three seasons, where he gained experience and showed the promise that convinced Wolff to promote him to a Mercedes race seat at the expense of long-time servant Valtteri Bottas.

Russell has been around the Brackley team for a long time, and even deputised for an ill Lewis Hamilton at the 2020 Sakhir Grand Prix, and according to Wolff that gradual integration has massively helped the British youngster to be ready to partner seven-time world champion Hamilton.

"He's integrated very well, it's almost like he's been here forever," Wolff said. "And I'm really happy about the two of them, how they interact, how respectful they are with each other."

Russell and Hamilton fought out their first proper duel as team-mates at last week's Miami Grand Prix, with Russell even being forced to give the position back after going off the track Turn 11 in an attempt to pass Hamilton on fresher tyres.

Eventually Russell re-took the position to lead Hamilton home in fifth and sixth respectively, with Wolff appreciating the manner in which they fought each other.

"Even the situation where they race each other, and it's getting a bit, you know... 'I'm not giving you room, okay I'm going to find another way, then give the position back'. I think this is how team-mates should race each other. That's okay. I'm happy with how he's settled in." 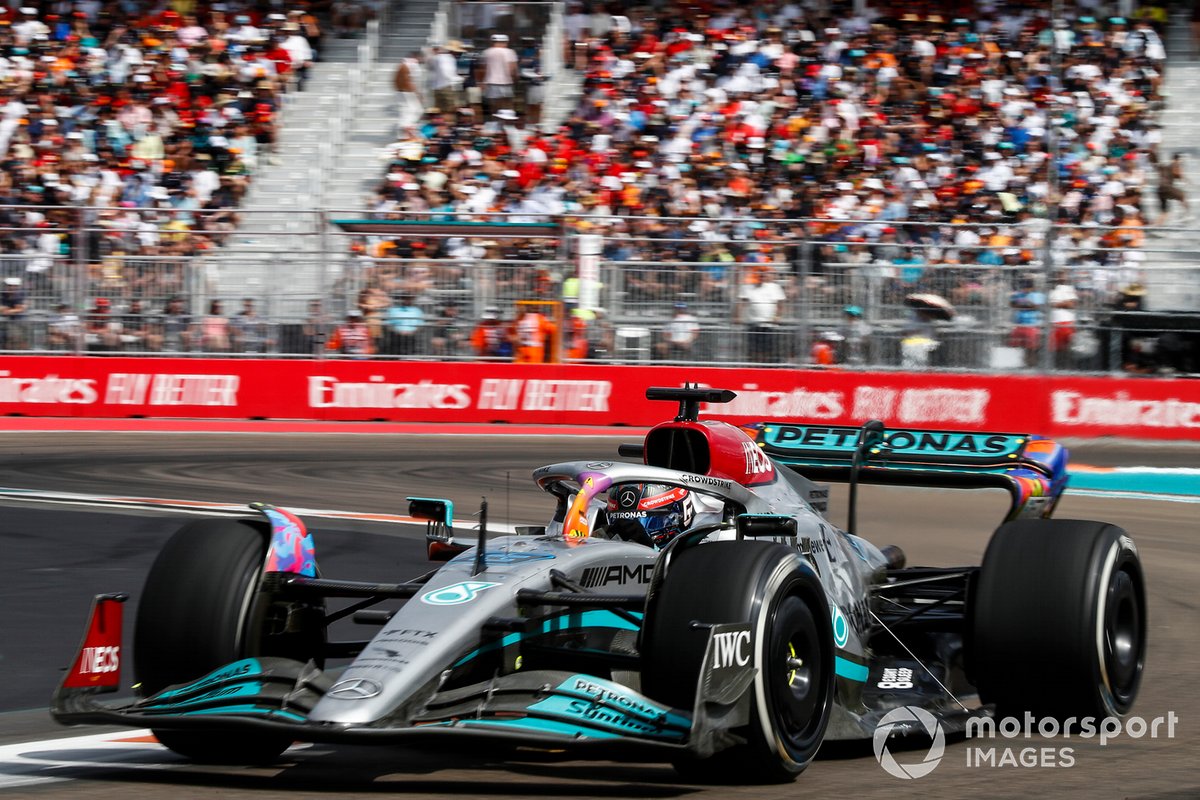 As Mercedes struggles for performance while it aims to cure its crippling porpoising issues, it appears Russell has come to grips with the ill handling W13 better than Hamilton as he leads his illustrious teammate by 23 points in the drivers' standings.

Wolff said he was impressed by Russell's analytical approach and has confidence he and Hamilton can help turn the 2022 season around, adding he "couldn't wish for any better pairing."

"When you look at George's track record in winning the title in F3 in his rookie year, and then an F2, we knew that he was very good," the Austrian explained.

"And then obviously the Williams school added its part, so we were never in any doubt that he would be very good and you can see that it's materialising on the track.

"I like his approach very much. He's very rational, whether he is fastest in P2, or whether he's eleventh, it’s just about applying the science and trying to make the car faster.

"I enjoy seeing them working together, the level is high from both of them. And that has put us in a decent situation in the constructors’ championship, so I couldn't wish for any better pairing."