Russell had been tipped as an option to graduate to the works Mercedes team in 2021 should a vacancy arise, but having been formally confirmed for a third year with Williams, the Brackley outfit is set to continue with the established pairing of Lewis Hamilton and Valtteri Bottas.

Esteban Ocon, the other Mercedes protege with an eye on a works seat, will stay with the Renault team next year having signed a two-year deal keeping him at the French manufacturer for the 2020 and 2021 F1 seasons.

Mercedes boss Wolff reiterated the team is pleased with its current driver line-up and while it means Russell will stay at Williams he remains part of its plans.

"We are very happy with the line-up that we have," said Wolff. "Valtteri and Lewis perform well, they get on really well with each other, which is important for the dynamic within the team. The engineers just really appreciate their feedback. That's one thing.

"On the other side George has a contract with Williams, a three-year contract which runs one more year. Claire [Williams] made it very clear that she sees George as an important asset to the team.

"And from that side one must respect the contractual situation. We knew, George and us, what we were getting ourselves into two years ago. Williams gave George the opportunity to come into F1 and this is why the decision that Williams takes, we respect it very much. 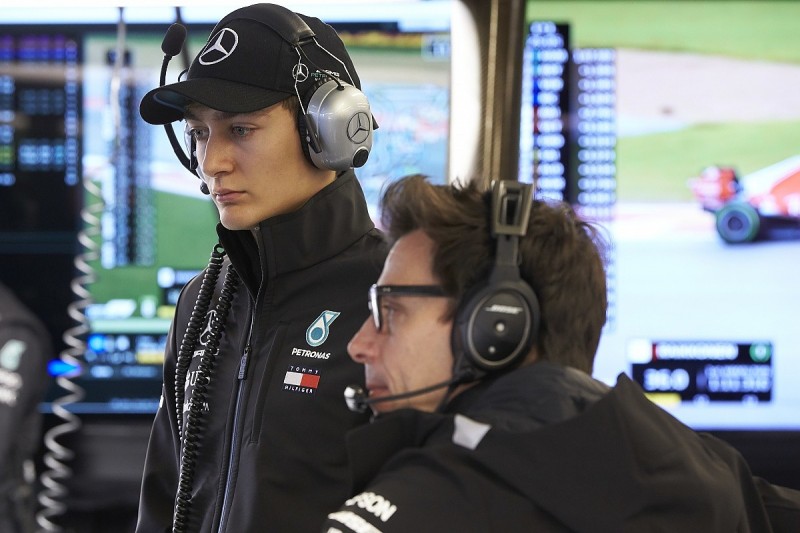 "It doesn't mean that if George would be free he would find a guaranteed slot within Mercedes. Valtteri and Lewis are our drivers today, loyalty is something very important to us, and we are always looking at the long-time picture.

"George is certainly part of the plans for the long term, but not 2021."

During the build-up to the Hungarian Grand Prix, Russell confirmed he will remain at Williams in 2021, with rookie team-mate Nicholas Latifi also retained for next season.