The reputation battering Formula 1 teams risk for breaking the cost cap is enough of a deterrent to prevent them from ignoring limits in the future, reckons Mercedes boss Toto Wolff.

Red Bull's breach of the cost cap limit in 2021 triggered a major controversy within F1 recently, with opinions divided in the paddock about how extreme the sanctions taken again it should be.

In the end, the Milton Keynes-based outfit was handed a $7 million fine and had its aero development allowance cut back by 10% because it overspent by around $1.8 million last year.

Wolff was quite calm about the penalty the FIA settled on, admitting in Mexico that while Mercedes felt it was too little, equally he accepted Red Bull probably felt it was too harsh.

And reflecting on his stance, Wolff said the main thing that would turn teams off from risking even minor breaches was the bad publicity such a move brings.

"Beyond the sporting penalty and the financial penalty, which obviously resonates in the real world out there, there is a big reputational consequence," said Wolff.

"And that is why I believe no team is going to put a foot wrong over the line, because you don't want to have your partners and your team dragged into this space.

"We're living in a transparent, compliant world. Everything needs governance, and the sport needs it. As a sport overall, this is the real achievement of the whole process." 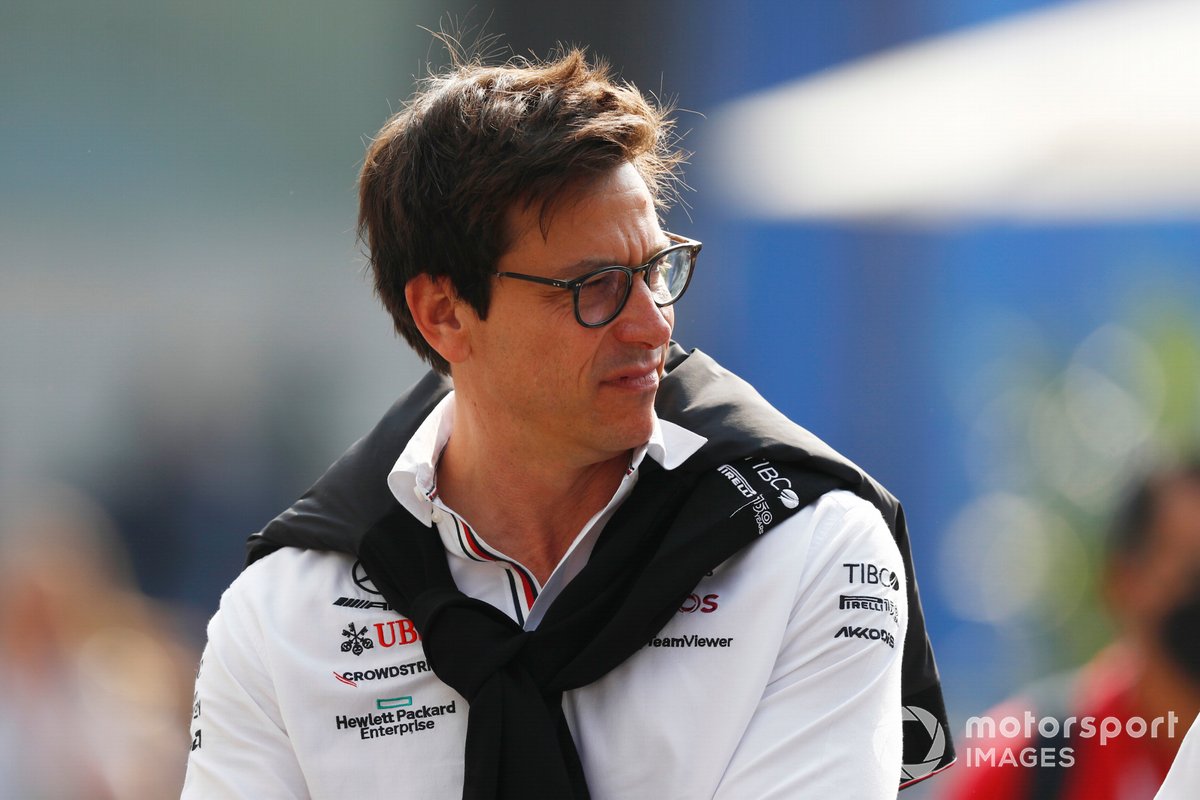 Red Bull has found itself on the receiving end of some extreme media criticisms in recent weeks, and its team principal Christian Horner has not been happy about the strains the cost cap case has put on staff - especially when words like 'cheating' have been bandied about.

"We've been on trial because of public accusations since Singapore," said Horner recently.

"The numbers have been put out in the media that are miles out of reality. And the damage that does to the brand, to our partners, to our drivers, to our workforce, in an age where mental health is prevalent, we're seeing significant issues within our workforce.

"We're getting kids that are being bullied in playgrounds that are employees' children, that is not right through fictitious allegations from other teams.

"You cannot go around just making that kind of allegation without any fact or substance. We absolutely are appalled at the behaviour of some of our competitors."

Asked why Mercedes had been so calm about Red Bull's final penalty despite initial anger when it emerged the rule breach had taken place, Wolff said: "I'm beyond the point now that I want to comment on what is being said there.

"So for me, the most important outcome of this whole process is there is a penalty, whether it's too small, right, or too big - difficult to judge.

"It was a first, strong governance, strong policing, independent assessment. And then a fine. That wouldn't have been the case in the past, I guess."