Mercedes boss Toto Wolff says Red Bull's aggressive Formula 1 engine plans could actually end up being a positive for his team, despite having lost staff to its rival.

Red Bull is taking over the Honda power unit project from next year, and is ramping up its facilities in Milton Keynes to prepare an all-new power unit for when new regulations come in for 2025.

It has been on a huge recruitment drive to find the best staff possible, and has lured away several of Mercedes' long-serving staff from its Brixworth engine headquarters.

But while the loss of staff to Red Bull has provided fresh challenges to Mercedes, Wolff is not worried that the German car manufacturer could come out of the situation much weaker.

He thinks Red Bull faces a huge task in making its engine deliver, plus he says F1 will be better off from having another power unit supplier on the grid.

"I find it admirable that Red Bull is taking on that project, there is certainly a Mount Everest to climb," he said.

"Nothing has changed in HPP [Mercedes' engine division]. We have 900 employees, and probably we lose 10 or 15. It's pretty normal and mostly manufacturing staff.

"So from our side, the game plan hasn't changed. I think it's good that we have another possible constructor that comes into the sport, whether it's Red Bull or any other OEM that could be interested in taking over, and that's overall positive.

"I don't see any negativity there, any negative aspect in the situation." 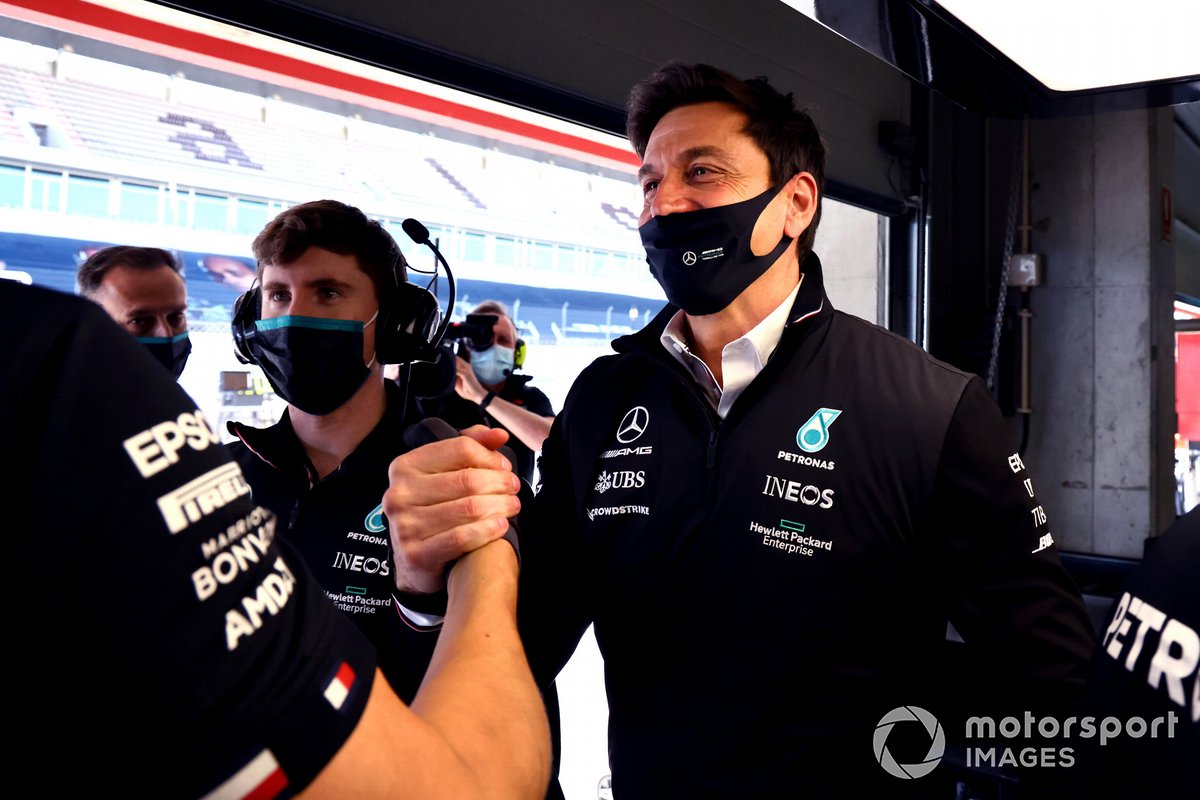 One of the positives that Wolff believes will come from the movement of staff to Red Bull is that it will free up opportunities for some Mercedes' younger engineers to step up.

"It opens up bottlenecks for younger engineers to come up," he said. "They have an opportunity now, and changing the organisation has always opportunities.

"Organisations are dynamic organs and not static. Sometimes you are being pushed in such situations, sometimes you take your own decisions. But overall, you can make it an opportunity rather than a risk."