Toto Wolff says Mercedes will not play “musical chairs” with its Formula 1 driver line-up, ruling out a mid-season switch to replace Valtteri Bottas with George Russell.

A report in the UK press earlier this week claimed that Bottas may not see out the season at Mercedes after a sluggish start to the year that has seen him fall 37 points behind team-mate Lewis Hamilton in the standings.

But the report was swiftly dismissed by Bottas, who called it “bullshit”, while Hamilton called on the Finn’s critics to “give him a break”, showing his support.

“Unless he gets flu and can’t drive, he’s going to be in that car,” Wolff said of Bottas in an interview on Sky Sports F1.

“I see no reason to change. These guys over there [Red Bull] like to play musical chairs. So no change expected.

“If you are not happy with your wife, and you start already to look for other ones, it’s not going to improve the relationship.

“I try to work on the relationship with my driver, and achieve the best result for him before starting to flirt with somebody else.” 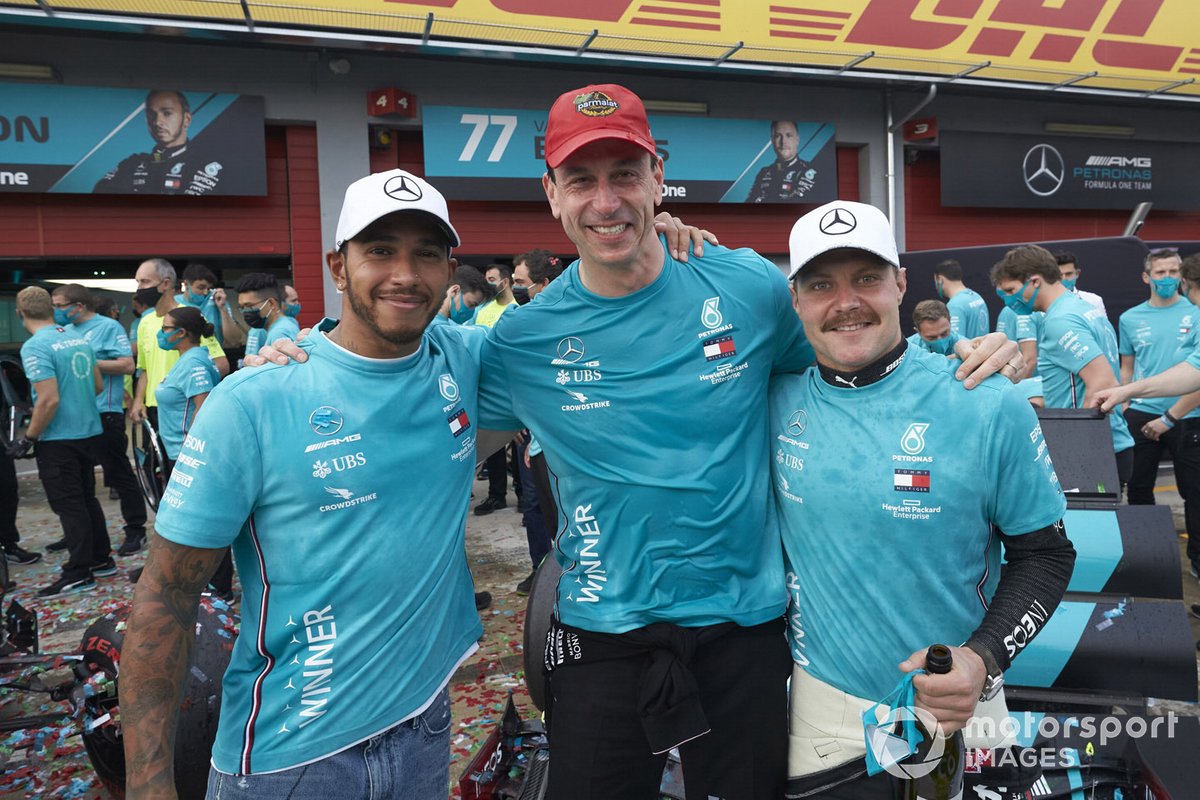 Wolff later added: “We have never done that. Obviously things can always change if for whatever reason, but it has not and was never our plan to do that. What is next year will be next year.”

Mercedes junior Russell has been widely tipped as a successor to either Bottas or Hamilton at the senior team after impressing in his F1 career to date with Williams.

Russell made a one-off appearance for Mercedes in Sakhir last year after Hamilton tested positive for COVID-19, and starred by qualifying second and almost winning the race.

Both Hamilton and Bottas are out of contract at the end of the year, but Hamilton has already hinted that he is keen to race in 2022.

But Wolff said it was “far too early” to discuss driver line-up plans for 2022, having previously said that Mercedes was yet to formally open talks with Hamilton over a new deal.