Lewis Hamilton believes that Valtteri Bottas’s critics “need to give him a break”, saying that Mercedes currently has the best line-up on the Formula 1 grid.

Bottas and Hamilton have been Mercedes team-mates since the start of the 2017 season, winning the constructors’ championship in each of the past four years together.

Bottas finished as runner-up to Hamilton in the championship in both 2019 and 2020, but has struggled to match his team-mate’s form through the early part of the new season.

Hamilton has scored two race wins and leads the drivers’ standings, but Bottas has not finished a race any higher than third, leaving him 37 points behind in the championship.

Bottas hit back at a suggestion he could be replaced by Mercedes junior George Russell mid-season on Thursday, calling it “bullshit”.

Hamilton was supportive of Bottas when asked if Mercedes would have a stronger line-up next year by replacing the Finn with Russell, and felt he deserved to be cut some of the criticism he has faced.

“From what I’ve experienced, from the relationship of course that I have with Valtteri, I think he’s been an amazing team-mate as I’ve always said,” Hamilton said.

“If I’m really honest, I feel like we have the best line-up currently in terms of deliverables, in terms of the equilibrium that’s within our team, and the general knowledge in terms of moving our car forwards.

“Valtteri just qualified on pole at the last race. It’s only the fourth race. I think people need to give him a break, and just let him focus on doing what he’s doing.” 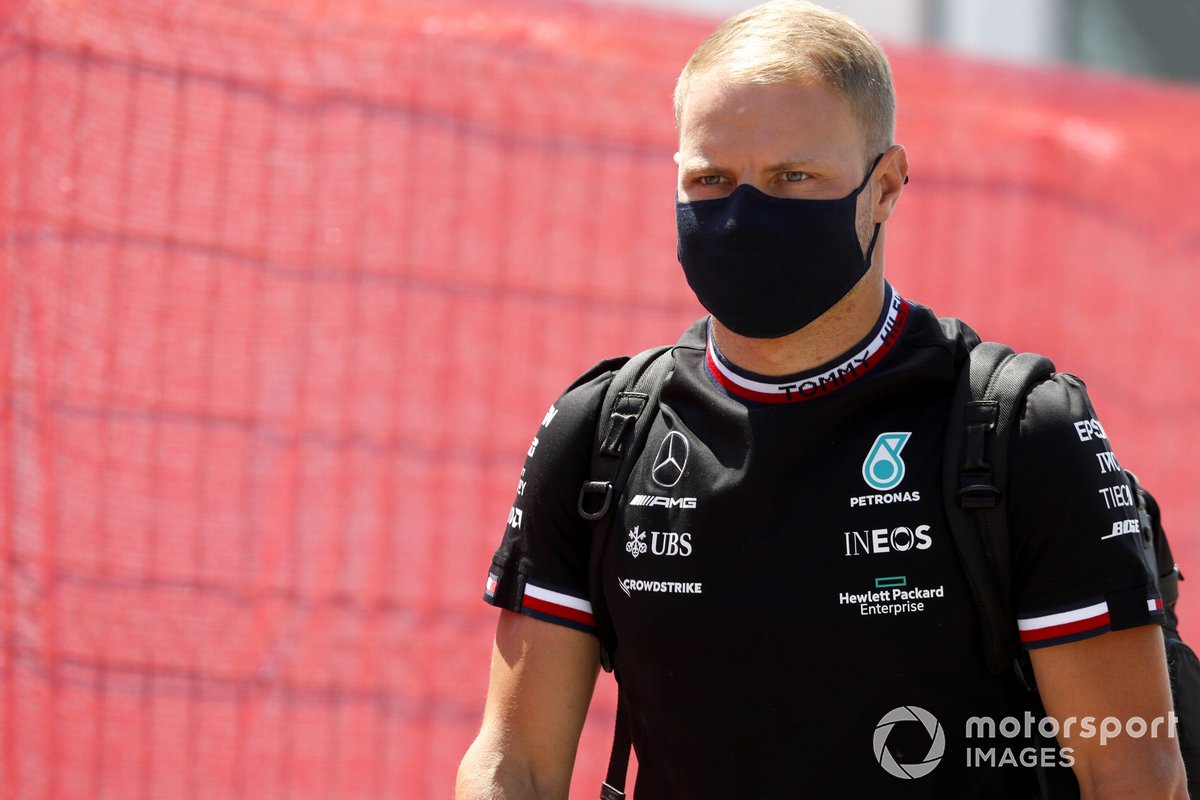 Both Hamilton and Bottas are out of contract at the end of the current season, while Russell will also be a free agent after his deal with Williams expires.

Russell made his Mercedes debut at last year’s Sakhir Grand Prix when he deputised for Hamilton after the seven-time world champion tested positive for COVID-19.

In that race, Russell qualified second and came close to winning the race before a pit error and a late puncture, before Hamilton returned for the Abu Dhabi season finale.

Russell previously dismissed a rumour that he was no longer talking with Hamilton, who stressed their relationship was “100% still intact” and “exactly the same” following the Sakhir performance.

“We messaged after his incident at Imola, and I hope you can see from the message I put on, I’m supportive of him,” Hamilton said when asked by Autosport to clarify those rumours.

“He’s going through his own journey, but he’s a great guy, and he did a great job when he came to the team, and he’ll continue to do a good job. So no issues.”