Toto Wolff says Mercedes must take Formula 1's decision to run two laps and award half points at Spa "on the chin" after seeing its championship advantage narrow.

Red Bull's Max Verstappen was declared the winner of Sunday's Belgian Grand Prix despite completing just two official laps behind the safety car, meeting the minimum requirement for points to be awarded.

Verstappen scored 12.5 points for the win, taking five points out of Mercedes driver Lewis Hamilton's lead at the top of the drivers' championship, with Hamilton classified third at Spa meaning his lead has been cut to three points.

Mercedes also saw its points lead in the constructors' championship fall by the same amount, leaving it seven clear of Red Bull at the head of the standings.

The decision to run two laps behind the safety car drew widespread criticism, including from Hamilton, who called it a "farce" and said that it was purely down to commercial considerations - something F1 boss Stefano Domenicali denied.

Mercedes F1 boss Wolff was asked about Hamilton's "money scenario" comment after the race, and said that people had "all reasons to be upset" about how the race unfolded, but that the team had to accept its points loss and move on.

"Half points have been awarded, when probably it was expected that the weather wouldn't get any better," Wolff said.

"But it is what it is. And I guess you need to take this one on the chin and close the chapter for this race and move on.

"In a certain way, we must really applaud the fans that have been there for three days in the rain, they have waited for a race to happen.

"But as a team, we lost some points and that's why we have to move on." 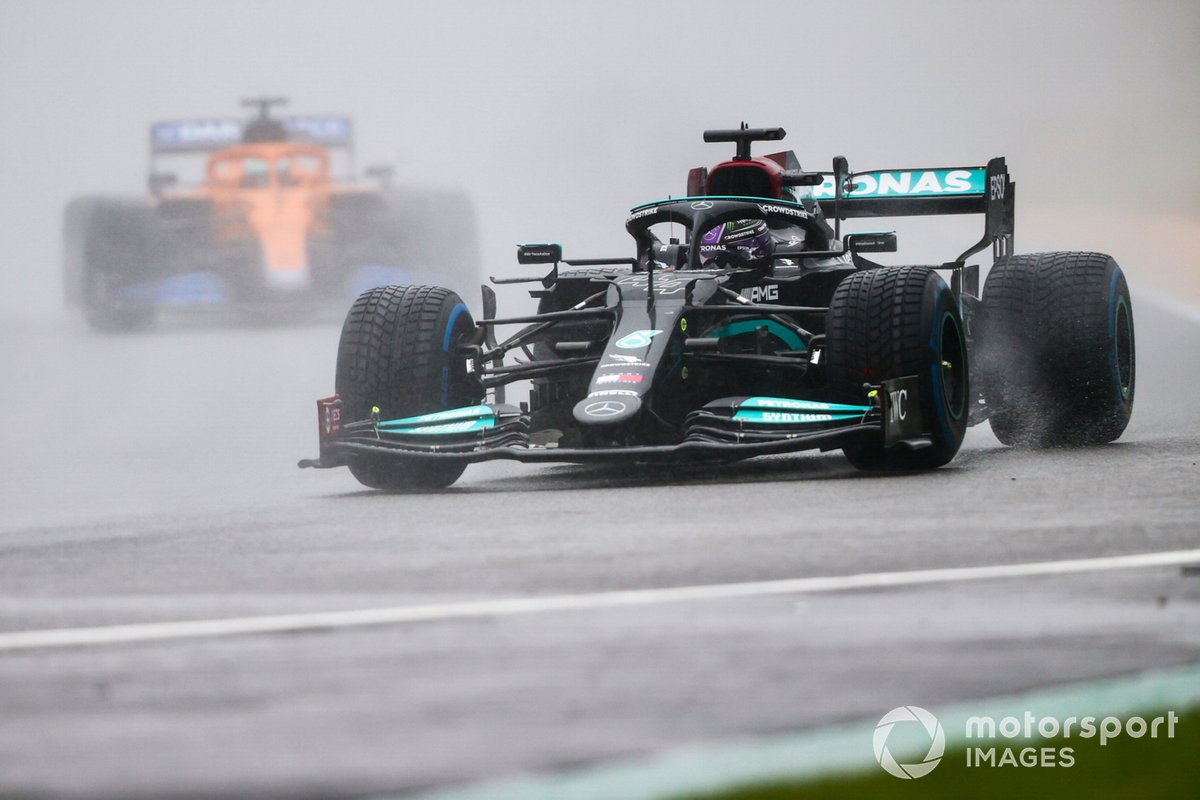 Autosport has learned that F1 boss Domenicali is set to discuss changes to the rules with team bosses in the near future to prevent a repeat of Sunday's washout.

One provision in series such as IndyCar and NASCAR allows for a race to be postponed until Monday, but the FIA said there was no possibility of this happening at Spa.

Wolff said that F1 had to take Sunday as a "freak day", and was unsure if there could be any firm learnings given the inability to control the weather.

"Everybody tried hard to get a race under way and because of the rain, it didn't happen," Wolff said.

"To maybe come back to your Monday question, I think we have had plenty of fans that day that will have to go back to their jobs tomorrow.

"We would have tried to have the race for the local fans, and therefore that wouldn't have made a great difference for them."